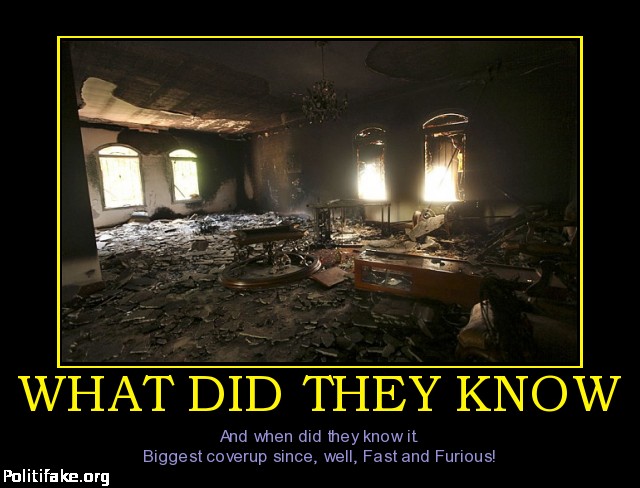 The term “chilling” when it comes to a latest story about some action, or inaction, by the Obama regime, has become overused. Not because it is an inappropriate term to apply to the actions, or inactions. Rather because, the instances are so many, “chilling” doesn’t seem to quite describe just how alarming this all is . . . and the way in which the media has become so complicit in concealing the serious implications of all this. 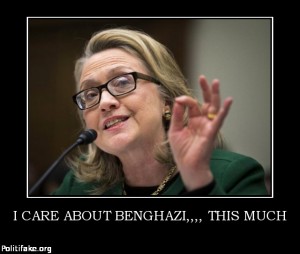 “What does it matter?” Since when has that kind of response by one of the nation’s top government officials been satisfactory to the press in closing out further inquiry regarding an event of the potentially most serious national security consequences?

Yet, that’s where we are and the low/no/mal-informed citizens are satisfied. Remember how much conversation the media indulged in regarding the absurd accusation that 9/11 was an inside job by the Bush administration? Or the continuing charge that, with respect to the Iraq war, “Bush lied and people died”? And how energetically the media sought every detail of every aspect of Abu Ghraib…primarily to discredit the war, our military, and the Bush administration?

But now, the Benghazi massacre, Despite abundant evidence that some pretty nasty stuff, including mal-feasance, coverup, deception, and possibly worse by the Obama administration may have occurred, few in the media are at all interested. The refusal of the administration to make available to Congress, actual survivors of this disaster may well
be unprecedented in American history. Of course, there are valid national security reasons that certain details should not be made public. But to deny Congress access to individuals who can provide vital information which would determine what actually happened, who was responsible, and what measures need to be taken to both hold those responsible to account and prevent anything similar from happening in the future is, well, “chilling”.

Even minor media, like the QC Times, who could be very diligent in speaking out against the “injustice” done to Valerie Plame, should be concerned about the Benghazi scandal. Unfortunately larger events are now occurring, which to the Times’ ed board are far more
important…the Supreme Court is hearing arguments regarding Gay marriage. National security can wait!  DLH