In previous posts we expressed concern about President Trump’s selection of Christopher Wray as Director of the FBI.

As we noted, when a Trump nominee wins all but 5 Democrat senate votes for confirmation, it’s a pretty good bet that the Democrats believe that nominee will repay their support at some point by undermining some major part, or all, of the Trump agenda.

I believe that concern has been affirmed in the case of Director Wray. Mr. Wray has been fully on board with his agency’s arrogant defiance of legitimate Congressional prerogatives. In fact, we found his passionate defense of the FBI in the aftermath of the DOJ IG’s report to be embarrassing, rambling, disingenuous and incoherent. It’s clear, at least to us, that “Chris” is on the same page as the treacherous Rod “Stonerwall” Rosenstein, and in full support of the numerous false excuses for the bureau’s withholding and heavily redacting of information requested from congressional oversight authorities.

The Democrats have, indeed, so far been handsomely rewarded for their support of this Trump nominee.

But, now, initially believing that she was an excellent choice by Mr. Trump for CIA Director, we are having serious second thoughts about Gina Haspell.

Although her margin for confirmation (54-45) was more narrow than Christopher Wray’s, the endorsement of Ms. Haspel by John Brennan and Senator Mark Warner’s vote for her were troubling, we gave her our strong benefit of the doubt. We also were willing to overlook her “apology” for any favorable impulses she may have once had for ‘waterboarding’ and a rather obsequious promise to Democrats that she would never countenance anything similar by President Trump.

As former Obama CIA Director becomes even more hysterical, it troubles us about Haspel even more. Keeping in mind that Gina worked for Brennan and apparently they got along famously.

To us, if you can win support from Brennan and Mark “another glass of wine, please” Warner, you’d better firmly reject it. It’s like getting endorsement from Minister Farrakhan and Maxine Waters at the same time.          DLH

Former CIA Director-turned-Twitter-troll John Brennan fired off another ominous tweet to President Trump Tuesday.  John Brennan predicted the outcome of Special Counsel Robert Mueller’s probe would end up like the Watergate investigation–with an impeachment and or resignation and called on Republican “heroes” to circle the wagon

Speaking of ominous twits, notice any resemblance. Their politics sense and demeanor are all pretty much the same. 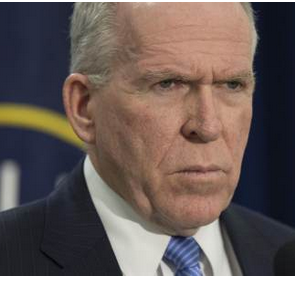 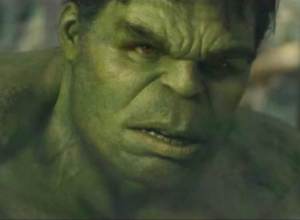