It is clear what Democrat priorities are as regards immigration 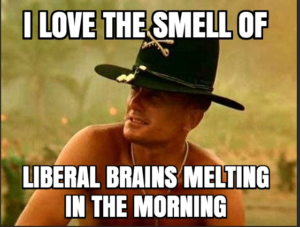 Democrats, for decades the party of rewarding illegal immigration (helped by some Republicans on that score)  is now essentially composed of open border advocates who  include grand citizenship benefits for all comers. How is that not the case? How can Republicans lose IF they defend the integrity of the country.  (A blood oath should be required on that score)

Here are excerpts from commentaries at Townhall regarding the first Democrat presidential primary debates last week focused on the participants’ immigration related views.  Included is an observation by Derek Hunter about Kamala Harris’. In our  judgement she was given a set-up question and extra time to “shine”.

Leftists want open borders. Alexandria Ocasio-Cortez recently said that southern border detention centers are concentration camps. The left cut the number of beds in a bill that was passed, forcing Border Patrol to release illegal immigrants into the interior of the country. When borders are open, the country has an influx of people who come in unchecked, unverified, and possibly looking to cause us to harm. . . .

It is scary to see how radical the Democratic Party has become. They have taken the word “compassion” and used it for their political gain. Their ultimate goal seems to be the following: get as many illegals as possible, keep them here, get power, give them amnesty, and ultimately become a one-party country. In 2018 congressional races, 69 percent of Hispanics voted for Democrats. That is a dominating number and further explains why the Democratic Party sacrifices the safety of Americans for the sake of election outcomes.   . . .

Leftism hurts Americans while it helps illegals, but the Democratic Party is not for Americans anymore. Their porous border policies bring in illegal workers who do not pay their taxes but send money back over the southern border to the tune of approximately $120 Billion dollars annually, which hurts our economy.

The left is trying to change America from its traditional roots to a country with an erased history, socialists driven programs, faux equality, a government worshipping electorate and a socially liberal nihilistic culture. None of these are healthy for individuals, and it is not safe.

Those who approve this way of life deserve what they get: poverty, misery, and perpetual anger. . . .

Former Vice President Adlai Stevenson once said, “A hypocrite is the kind of politician who would cut down a redwood tree, then mount the stump and make a speech for conservation.” It’s hard to imagine a better analogy than that for the way the current Democratic Party pontificates on the border crisis.

For 40 years the Democrats have done everything in their power to encourage and facilitate illegal immigration. They have relentlessly blocked any attempts to address and prevent the current rise of illegal immigration at our southern border. They have incentivized illegal immigration in every conceivable manner. Those who watched the recent Democratic debates, as painful as that must have been, have now witnessed their campaign to decimate our national sovereignty at a new level.

The debates, in all their lackluster glory, were nothing more than 20 progressives shouting in one voice their intention to make our illegal immigration crisis even worse.

Democrats have repeatedly defied national interests by increasing people’s desire to illegally enter our country while tirelessly working to remove and prevent any impediments to such entry. The recent debates are evidence of such.

The candidates proudly declared their desire to allow for universal, free (U.S. taxpayer funded ‘free’) health care for all illegal aliens. Defunding ICE and ending deportations for illegals are among their stated goals. Many have gone so far as to adopt a policy of decriminalizing illegal entry into the U.S., and to be sure, all others will soon follow. Guaranteed social services, financial assistance, taxpayer-funded education and job placement would round out their bag of goodies. This is incentivization in its purest form… .

The moment that had all the liberal talking heads drooling, when Kamala Harris played the “I was one of those girls” card on busing, struck me as obviously rehearsed. As soon as Harris said the “as the only black woman on stage” line when the discussion turned to Biden’s comments about being able to work with his fellow Democrats, I knew it was coming. Alleged moderator Rachel Maddow tried to interrupt, after Chuck Todd cowered, then insisted Harris could only have 30 seconds to say something but would get the next question. Harris ended up getting more than 2 minutes, Maddow didn’t even try to interrupt.

To put a fine point on my theory that this was planned, Harris’s Twitter account immediately sent out a picture of a young Kamala ready for school with a line about busing. That picture wasn’t just sitting around the office.

Listening to Harris talk you’d think she grew up in the segregated south, the daughter of sharecroppers. In reality, she was born to a scientist and a professor on the mean streets of California and Quebec. I’m not saying she’s lying, I’m just saying I need more information.

But even that moment isn’t the one that still sticks with me, it was earlier in the debate when all 10 candidates raised their hands saying their health care plans would cover illegal aliens. Both nights featured uniformity among the candidates in pledging to ignore our laws and open our borders to anyone who wants to be showered with social welfare programs. Taxpayers be damned.

I’ve never seen a group of candidates for any office work so hard to appeal to people who can’t vote for them. You won’t find anyone seeking to be the new Prime Minister of the UK, for example, swearing, if elected, to do all they can to make the lives of French people better. But Democrats aren’t trying to appeal to the illegal aliens, they’re trying to appeal to Hispanics by pandering to the illegal aliens. They are so invested in identity politics that they’re hoping that promising everything to illegal aliens that they will appeal to people who share a heritage with them. . . .