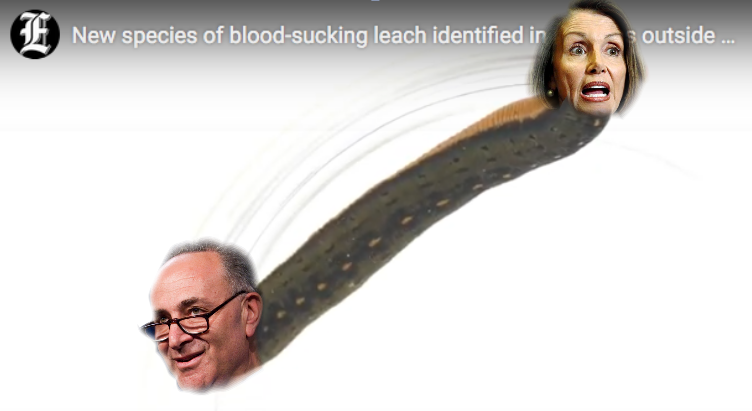 At The Washington Examiner:

New species* of blood-sucking leech identified in swamps outside DC

Scientists said that the new species Macrobdella mimicus, has been around for a while, but appeared very similar to another species of the parasite. Smithsonian research zoologist Anna Phillips and her colleagues discovered the parasite in 2015, and after much research, released their findings this month in the Journal of Parasitology.

The creature is the first new species of leech discovered on the continent in more than 40 years. The bloodsucker is olive-green, has orange spots, is about as long as cigarette and as wide as two. It has three jaws, each containing 56 to 59 teeth that it uses to clasp onto its prey, slurping up to five times its body weight in blood.