In order to be a “house conservative” – you must despise Trump 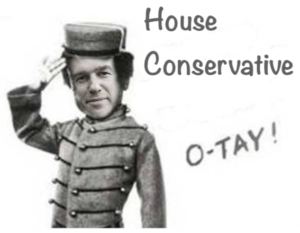 The New York Times’ and Washington Post’s “good” conservatives are trotted out once a week or so to show “diversity,” just not so much on what counts to the publishers of course. Anyway we have no doubt the publishers have plaques on the wall from the NAACP  — Newspaper Association for the Advancement of Conservative Pretenders. This publisher’s little graphic attempt at derision simply uses the same meme/concept many Black civil rights activists use derisively against those they see as collaborators in subjugation. The graphics are a publisher imposition not the article’s author who is far more erudite. Also see excerpt about the WaPo’s own Jenifer Rubin below this article

Sunday on NBC’s “Meet the Press,” New York Times columnist Bret Stephens said President Donald Trump was “either mentally unwell or morally unfit”... or both.
Stephens said, “The real issue for Republicans is simply to call out the fact that the president does not stand in any way for the traditional conservative economic principles that have defined the party for the better part of last 70 years.”

He added, “What we saw over the last few days is a president who’s either mentally unwell or morally unfit. Maybe both. I don’t know. But it’s important to simply call these things as we see them. You have behavior that is unprecedented in any kind of presidential history in the United States or, frankly, elsewhere.”

Like Most of Trump’s Critics, Maybe it’s Mr. Stephens Who is “Unwell”

The staunch defender of “traditional conservative economic principles” and Pulitzer Prize winner, Bret Stephens must know “mentally unwell” when he sees it.

A “Never Trumper” from the start , Stephens didn’t spell out specifically which positions of President Trump make him ‘mentally unfit’, but maybe it’s because every other nation at the recently concluded “G-7” klatch disagreed with Trump’s view that the Iran Agreement was a very bad deal!

No, that couldn’t be it. Stephens himself has characterized Obama’s Iran Nuclear Deal as a “worse bargain than the 1938 Munich Agreement with Nazi Germany” (source, Wikipedia)

Probably Stephens’mental assessment of Trump is based on the president’s support of Israel.

Wait! That’s probably not it either.

Stephens, whose parents were “secular Jews” is a supporter of Israel himself. He has, in fact, been outspokenly critical of the “anti-semitism in the Arab world”.

So probably the strongest indicator for Stephens of Trump’s mental deficiency is his attitude toward “climate change” and its advocates.

But, no, that doesn’t seem to fit either. According to Wikipedia, Stephens is “known for his climate change contrarianism”. While he has been described as a “climate change denier”, he calls himself “agnostic” on the issue. Nevertheless he mocks climate change activism as “hysterical alarmism”. Stephens “accepts that human-caused global warming is occurring, he denies that the change “constitutes a threat”.

That seems to leave us with only a couple of things that must stand out for Mr. Stephens, as proof of Donald Trump’s mental deficiency.

a) Stephens was a GW Bush supporter, particularly for use of military force in the Middle East. Bret was a “prominent voice” among media advocates for the start of the Iraq War. As is well known, Trump was opposed to the US intervention in Iraq.

b) Trump’s opposition to the ‘mainstream media’s ‘ “fake news” purveyance. Stephens really became revved up and part of the “Stop Trump” movement in the 2016 campaign. ‘Why?’ is not completely clear. But it could have been Stephens did not approve of what he perceived as the president’s moral failings, as indicated by his assessment that Trump is “morally unfit”. At any rate, after Trump was elected, Stephens launched his all out ‘Never Trumper” crusade with a speech at UCLA in 2017 in which he denounced Trump’s “attacks on the media”.

So that’s it! To us this doesn’t seem like an “if Trump has lost Bret Stephens, he’s lost the country” moment.

For Bret Stephens, I am not so sure that he is “mentally well”.     DLH

Now over at the WaPo Liberal Plantation . . .

Article at Townhall by Timothy Mead (excerpt), graphic not part of his article 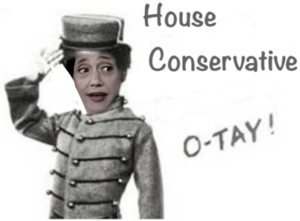 The Washington Post’s Jennifer Rubin is a conservative in the same way I say I’m on a diet. We both mention it all the time, but it’s obvious we’re full of garbage. The latest evidence of this comes from her appearance with perhaps the dumbest woman on television, Joy Reid, on Sunday. Rubin told her MSNBC audience that after President Donald J. Trump leaves office, preferably by losing re-election, the Republican Party itself needs to be purged of any of his enablers. In fact, the so-called conservative says the whole darn GOP needs to be burnt to a crisp.

At 11:04 a.m., host Joy Reid declared that “this is an extreme administration that is dangerous” and claimed that Hispanic Americans should carry their birth certificates to avoid being “scooped up and stolen” by ICE.

Rubin then repeated her call for “shunning” and “shaming” Trump administration members and complained that the University of Virginia had employed a former Trump staffer for a while. The disgruntled ex-Republican then aimed further vitriol at her former party:

It’s not only that Trump has to lose, but that all his enablers have to lose — we have to collectively, in essence, burn down the Republican party. We have to level them because if there are survivors — if there are people who weather this storm, they will do it again — will take this as confirmation that, “Hey, it just pays to ride the wave — look at me, I’ve made it through.

Rubin also declared her hope that the Democratic Party would be victorious.    . . .