Another late “statesman” who cannot be criticized 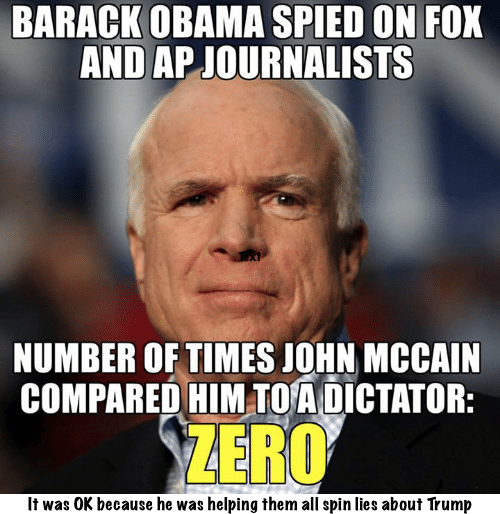 Maybe McCain Is With John Dingell, Gazing at us from their ~~ vantage point . . .

There have long been questions about why it was necessary for McCain to pass Steele’s anti-Trump dossier to Comey on December 9, 2016, several weeks after the November 2016 presidential election. By then, Steele had already met numerous times with FBI agents to provide them with his controversial reports. Steele, however, was terminated as an FBI source in the fall of 2016 because he spoke to the news media.   . . .

Prior to his death, McCain admitted to personally handing the dossier to Comey but he refused repeated requests for comment about whether he had a role in providing the dossier to BuzzFeed, including numerous inquiries sent to his office by this reporter.

In his book published last year, McCain maintained he had an “obligation” to pass the dossier charges against Trump to Comey and he would even do it again. “Anyone who doesn’t like it can go to hell,” McCain exclaimed.