Holy Family was not homeless, were not immigrants, were not refugees, 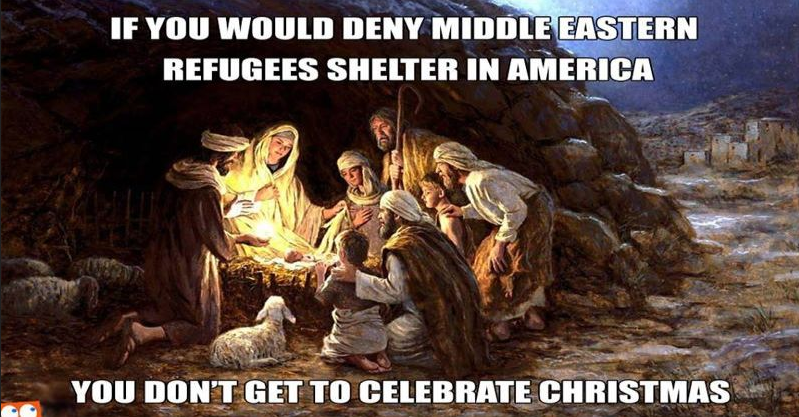 Pope Francis, Cardinal Timothy Dolan, Mayor Pete Buttigieg along with any number of SJWs who rarely set foot in a church, open a Bible, much less engage in Bible study, are sure as heck that what the Bible says about the Holy Family’s journey from Nazareth (Jesus not born yet) to Bethlehem (where He was born) and then to Egypt, was to convey that they were homeless refugees or immigrants with no intention of going back to their home of Nazareth.

Their intent of course is political — to imply that Christian ethics requires open borders and a right to welfare and homestead for anyone who happens to be present in a territory.  Their characterization is not only a corrupted Biblical exegesis, hermeneutics, epistemology, what have you, it is unscrupulous secular history, employs a ridiculous practicality and would result in the destruction of Christian culture.  At best it is better understood as soft-headedness than soft-heartedness.

While it is a recurring theme of ours, this Cheryl K. Chumley essay in the Washington Times effectively elucidates the hypocrisy at play as regards Pope Francis and by inference any liberal personage who lives in am exclusive area, behind locked doors or surrounded by an entourage or guards. (excerpt below)

Pope Francis delivered a Christmas speech that called on the people of the world to soften “stony and self-centered hearts” and help those fleeing conflicts in their countries — to basically drop the border walls and let these people in; to stop all this border first, people second stuff and nonsense. And so forth and so on.

His remarks may have packed more punch if he didn’t deliver them from the heavily fortified St. Peter’s Basilica, while gazing from a secure Vatican City balcony, a couple hundred feet or so above the assembled fray. With armed guards standing and patrolling near by.

It’s not that those fleeing injustice and inhumanity don’t deserve better lives.

It’s just that the pope’s finger-wagging, from inside the bubble of Vatican City, strikes a big ol’ cup of hypocrisy that’s hard to swallow.

He spoke of migrants seeking the “hope of a secure life,” only to find, at the end of their journeys, “inhumane detention camps” and “walls of indifference.”

From Crux — in a piece, weirdly enough, that was trying to argue the Vatican is “not a walled city” — comes this: “To gain access to St. Peter’s Basilica as well as the Vatican Museums — which includes the Sistine Chapel — requires waiting in a long security line and going through a metal detector. Access to other parts of the Vatican — including the gardens, the Vatican Bank and Casa Santa Marta, where Pope Francis lives — is a bit more difficult. It requires having the proper credentials, such as a press pass or an academic affiliation, and a short conversation with a member of the Swiss Guard, which protects most entrances. Unlike the walls, the Guard are not anachronisms. They carry guns, and their protection is supplemented with assistance from Italian police.”

As Regards The Gospel According to Cardinal Dolan 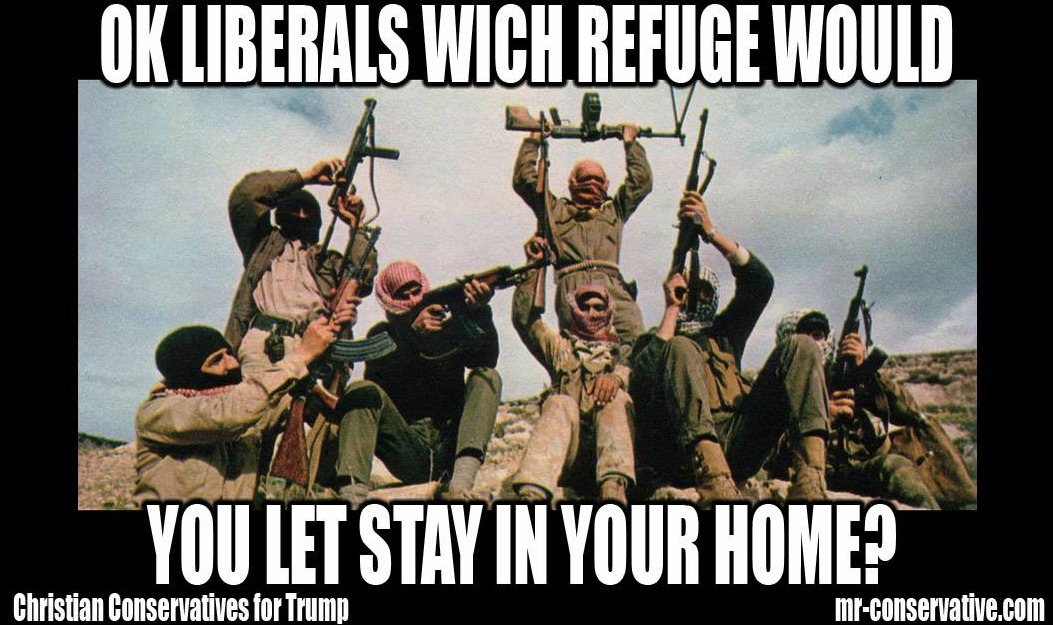 “A Christmas lesson on housing the poor,” according to Cardinal Timothy Dolan: “The Son of God was homeless; his earthly parents were immigrants and refugees.”

Really?! Not the way the Church taught it when I was a ‘yute’…that is before Marx replaced Mathew, Mark, Luke, and John…and most everything else in this Faith.

I’m not Christian and mean no disrespect. For the reasons set forth in Paul’s post, however, I doubt Cardinal Dolan has this right and Cardinal Dolan doesn’t set forth an argument on these points.

Cardinal Dolan himself twists Jewish tradition to suit his purposes a bit further along in the column. After discussing Abraham’s hospitality to strangers, Cardinal Dolan writes: “No wonder, as I’m told, Jewish families still set a place at the table for an unexpected guest who might show up for a meal on one of their holy days.”

Here is a good discussion of Jewish hospitality. Consider this related teaching: “Traditional mandates extend to the guest as well. Guests should avoid causing hosts extra work. They should accede to their host’s or hostess’s requests. A guest should not bring along another, uninvited guest. If guest and host are entering the home together, the guest should defer to the host. Leaving together, a guest should exit before the host.”

Anyone who reads the Hebrew Bible will be impressed by the recurring injunction not to oppress a stranger, for we were strangers in the land of Egypt. We want to get that commandment right, to be sure, but it is the teaching that most frequently gets the sort of treatment from liberal Jews that Cardinal Dolan gives to the gospel story of Mary and Joseph’s travel to Bethlehem.

There is also The Gospel According to Pete Buttigieg:  From a Christmas greeting he tweeted to the world:

“Today I join millions around the world in celebrating the arrival of divinity on earth, who came into this world not in riches but in poverty, not as a citizen but as a refugee. No matter where or how we celebrate, Merry Christmas.”

Advice to Pete Buttigieg: Don’t Use the Christmas Story to Promote Your Politics if You Can’t Get the Story Right

Was he a refugee? Is that the situation? The message?

Was Bethlehem a sanctuary city? Were things just like they are now, 2000 years ago? Was Donald Trump President of Judea?

Comments responding to Buttigeigs tweet as appearing on the RedState article :

“OMG — Joseph and mary were traveling to register as required by a totalitarian Roma occupation for a census so Rome could tax the region more efficiently — do @TheDemocrats choose to be stupid or are they incapable of speaking the truth?”

National Review Online’s Dan McLaughlin got in on it, too:

“You were doing okay until ‘refugee.’ Joseph & Mary were in Bethlehem because the government commanded them there to pay taxes. A Christian would know this.”

“All I want for Christmas is for left-wing totalitarians to stop misrepresenting Jesus as a ‘migrant’ or ‘refugee’ in clumsy efforts to trick Christians into giving up on protecting their borders.”

Dipstick: Jesus was NOT a “refugee.” He was a victim of big gubment taxation policies that forced a pregnant woman to travel 90 mi. to make sure her family paid their taxes.

Also from RedState (this by Streif)

No, Jesus Was Not a Refugee and He Was Not Homeless

Every Christmas, we hear the same tired refrain from the same charlatans. Jesus, they claim, was a refugee. The implication is that if you are a Christian that you are obligated to welcome refugees because they are pretty much like Jesus.

This is patent nonsense.

First, at no point in Scripture, or, if you are Catholic, in Sacred Tradition is there any intimation that Jesus was born in poverty. Tradition holds that Saint Joseph was a carpenter. Lately there has been a debate among lefty theologians over his occupation, rendered by Matthew as “tektori,” and whether than meant “carpenter.” Tektori can mean any skilled artisan. There is a hint, based on the procedures laid out for a census in 1st Century Egypt, that Joseph might have had some property interest in Bethlehem that would have required him to register for the census there. The upshot is that Joseph was a skilled craftsman and while probably not affluent, he most likely provided a home for his family that was a bit above the poverty line for Judea in the 1st Century AD.

Jesus was not homeless. He was born in a manger because his parents arrived in a Bethlehem in the midst of an influx of people there to register for the census. There were no rooms to be had. It was the manager or nothing. The Holy Family had a home in Nazareth.

Finally, Jesus was not a refugee.

Joseph and Mary and Jesus were citizens of a province of the Roman Empire. When the Massacre of Innocents took place, they fled to Egypt and stayed, we think, in the rather sizable Jewish community there. Egypt was also part of the Roman Empire . . .

A birth cohort is not “membership in a particular social group.” They Holy Family was a refugee in exactly the same way that anyone today on the run from state authorities would be called a refugee. The move from one region of the Roman Empire to another is not even remotely similar to that of a modern refugee. At a stretch, He could be classed as an internally displaced person, with an emphasis on the singular form of “person” because there were no others similarly situated. The period of time in which the Holy Family was away from Nazareth was fairly short. Herod the Great died no more than a year or two after the birth of Christ and then the family returned home. By age 12, we know the Holy Family was traveling openly to Jerusalem for Passover pilgrimage (again, not a mark of a family in poverty).

Ask A Franciscan: The Holy Family’s Arrival in Nazareth

Don’t Be Fooled By This Viral Liberal Meme About Christmas

1 Response to Holy Family was not homeless, were not immigrants, were not refugees,