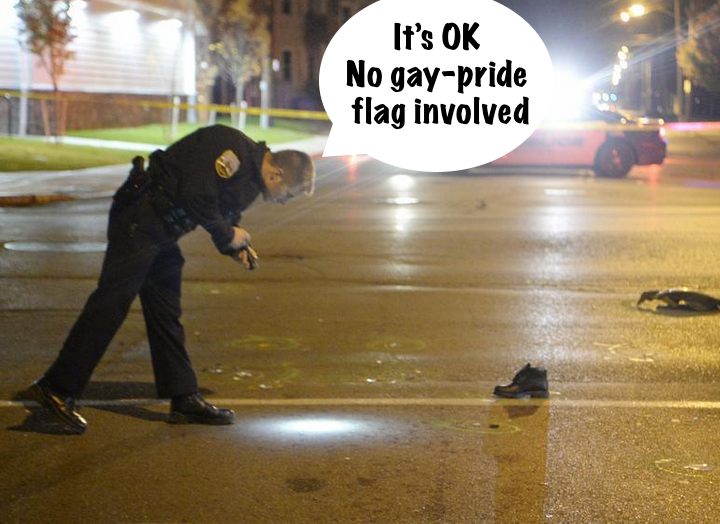 This is New York Style Criminal justice Coming Soon To All Our Neighborhoods…Progressives, Enjoy!!
Facing a felony charge for fleeing a fatal accident
At arraignment on Christmas Day, the town justice released him without bail!
Here’s the ‘clincher’: “bail reform”
“Stony Point Supervisor Jim Monaghan blames Albany lawmakers.
“Logistically, it made sense to release the defendant at this time based on the new laws that go into effect Jan. 1,” he said.”

A week before the law became effective, “IT MADE SENSE TO RELEASE THE DEFENDANT”??? HUH?

Unanswered in the story is the question, “If it made sense to comply with a law not yet in effect, will all defendants arrested in the past and bailed out be able to get their bail money refunded?

There is grief and concern following a Christmas Eve crime.
A woman was struck and killed by an unlicensed driver who left the scene. He was arrested, and immediately released back on the street, under the terms of New York state’s new bail reform law.

Those close to the victim are struggling to understand why, CBS2’s Tony Aiello reported Thursday.

“I feel fortunate to have met her and have had her in my life,” friend Irene Secone said.

Friends and family are distraught following the death of 35-year-old Marie “Rosie” Osai.

The immigrant from Haiti, a mother of three, was run over on Christmas Eve while crossing route 9W in Stony Point.

Facing a felony charge for fleeing a fatal accident is 27-year-old Jorge Flores-Villalba. According to court records, Flores-Villalba told an investigator, “I was driving and I did strike a person. I didn’t call the police. I was afraid because I don’t have a license.”

When the suspect was arraigned Christmas Day, the town justice released him without bail.

“We’re all here devastated. Her family is devastated, and this man on Christmas Day goes home and spends it with his family,” Secone said.

“Logistically, it made sense to release the defendant at this time based on the new laws that go into effect Jan. 1,” Monaghan said.

Monaghan said bail reform would have mandated release of the suspect next week, anyway.

The reform pushed by Albany Democrats eliminates bail for all misdemeanors and most non-violent felonies.

“To walk into a courtroom the next day and walk out with no bail and I’ll see you in another week, it just isn’t right,” Secone said.

“Everybody I’ve spoken to, once they’re aware what took place with this bail, they’re outraged,” Monaghan added.

The unlicensed driver accused of killing Osai is free, on just a promise to return to court on Jan. 9.

Several lawmakers want to change or delay implementation of bail reform and other criminal justice revisions. Albany Democrats have said they will monitor how the reforms work before considering any changes.