It is that time of year. Below we convey to you some retrospectives, predictions and pleadings from various commentators. 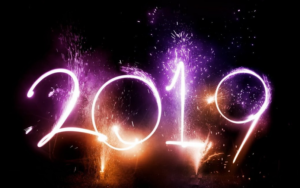 These achievements in 2019 were made possible by consistent work of conservative operatives and organizations, President Trump’s administration, and judicial appointments — Heritage Foundation highlights these (while also highlighting their own  involvement)

Immigration Loopholes Were Closed. The Trump administration replaced “catch and release” with “catch and return,” sending asylum seekers back to Mexico to await their court date. It started denying asylum claims of those who pass through another country but don’t seek asylum there. And it superseded the Flores settlement, which led to the separation of parents and children at the border. Heritage argued for all of them.

The Courts Shifted Further Right. Heritage educated Americans on constitutional originalism and on the qualifications of specific judicial nominees. Heritage’s online judicial tracker shows that more than 156 of Trump’s federal judicial appointees have been confirmed.

New Abortion Restrictions Saved Lives. The administration stripped tens of millions of taxpayer dollars from Planned Parenthood via the Title X program and worked with Heritage experts to craft new restrictions on federal funding for research that uses fetal tissue from elective abortions.

A Pro-Brexit Prime Minister Stepped In. In the United Kingdom in July, Boris Johnson replaced Theresa May as prime minister and announced his intent to push hard for Brexit. Heritage is a friend of Johnson and the first U.S. think tank to call for Brexit and for a U.S.-U.K. free trade agreement.

U.S. Withdrew from the U.N. Arms Trade Treaty. This Obama-era treaty was meant to control arms exports, but would, over time, threaten Americans’ Second Amendment rights. Heritage was the only think tank to recommend “unsigning” it.

School Choice Marched On. Six states now have Education Savings Account programs, and we are closer than ever to achieving a federal military ESA program – an idea pioneered at Heritage.

Congress Said “No” to the Green New Deal. Heritage did more than any other think tank to expose the unfeasibility and socialist aims of the failed Green New Deal.

The Administration Withdrew from the INF Treaty. Heritage was the only think tank in Washington urging the U.S. to leave the Intermediate-Range Nuclear Forces Treaty, which the Russians had violated.

Military Rebuilding Continued. The Senate’s 2020 National Defense Authorization Act adopted many of Heritage’s recommendations for defense budgeting, modernization, and more. Meanwhile, the Marine Corps Commandant and Army Chief of Staff shared two of Heritage’s Rebuilding America’s Military Project reports on the future of the Army and the Marine Corps.

Bipartisan Agreement Reached on the United States–Mexico–Canada Agreement. This trade deal strengthens protections for intellectual property rights and opens up new markets, while continuing the tariff-free treatment of many goods and services. Heritage experts played a major role in fine-tuning early drafts of the deal.

The Federalist contributor Brad Slager set forth a Hollywood retrospective that includes provision for plenty of schadenfreude for what emanates from that sector of our culture.  The one item we thought most notable was his number one:

While operationally everything is sound with the revolutionary streaming giant, this year was full of foreboding news. Subscribership plateaued for the first time in company history, and significant competition has reared up.

In November both Disney and Apple debuted competitive streaming services, and more are on the horizon, with NBC/Universal starting one in the spring and WarnerBrothers-HBO also joining the fray. Not only is this a threat competitively, but also to content.

Disney has pulled much of its own library from Netflix, and that of 20th Century Fox. Netflix is losing the “Friends” catalogue in a matter of days, and it paid a massive $100 million to retain the rights to “The Office,” its most popular show, for just one more year.

The biggest challenge is that of the top ten most popular items for streaming on its platform, eight have the rights with other competitors. Up ahead is a crowded marketplace and a diminished vault of programming.

We are glad to see competition work its wonders. We are gratified because we don’t wish success for a company that produces Gay Jesus programming and other atrocious assaults on believers. That, and that Netflix pays Barack Obama to produce content is something we don’t need to subsidize with a subscription. 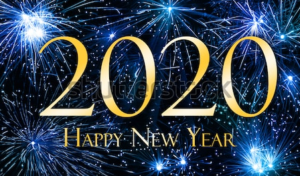 This group of ten, most of which we would be pleased to live with, indeed cherish. They are from Kurt Schlichter writing at TownHall with this introduction in his classic style:

If you thought you can’t top the stupidity we experienced in 2019, brace yourself for 2020 because it’s going to be a pronoun-fueled weather cult pinko freakshow. But it won’t be all amusing antics – the left hates us and its ugly mask is coming off, revealing the even uglier fascist visage lurking beneath. If you listen to them, and if you aren’t an insufferable goo goo wimp who refuses to hear them, you will know that they intend to silence you, even imprison you, and deprive you of the ability to participate in your own governance. So, if you want to live as a free man or woman – if they have their way, they’ll destroy you for recognizing that unalterable binary – best be ready.
Be motivated to engage in the cultural melee.  Vote.

10. Trump Will Be Impeached…Yawn: (by this he means that the House Speaker Pelosi will send the articles to the Senate and conservatives need not be concerned about the outcome in the Senate(
9. The Economy Will Stay Strong, Disappointing Democrats:
8. Virginia Will Declare War on Its Citizens:
7. Replacing Justice Ginsburg:
6. Trans Fascism Backlash:
5. Pardon This:
4. Durham’s Indictments:
3. Foreign Policy Success:
2. Democrats Will Lose the House:
1. Trump Will Get Reelected:

By Richard McCarty writing at Americans for Limited government

Republicans have long struggled in urban areas; and, more recently, the GOP has lost ground in suburban areas. To win back swing voters, Republicans should adopt a reform agenda that shows that they understand the challenges faced by average citizens everyday. In particular, Republicans should offer solutions to address the student debt crisis, housing unaffordability, and the fundamental unfairness in criminal law.

Republicans need to propose a meaningful solution to the student debt crisis. To begin with, they need recognize that there is a student debt crisis and that much of the debt was incurred by young, naïve students. Consequently, lives — marriages, children, homebuying, etc. — are being put on hold as young adults struggle with college debt. Two of the best policies to deal with this problem would be to reprivatize college loans and bring back bankruptcy for college debt. If a college alum cannot find a decent job a decade after leaving college, then they should be able to discharge that debt just as a consumer can discharge ill-considered credit card debt or the owner of a failed business can discharge business debt. Furthermore, the college that admitted the student should be required to pay back half of the bad debt.

Republicans should work to solve the problem of housing unaffordability. According to one 2018 estimate, the US needs 7.2 million more affordable homes on the rental market. One of the factors contributing to housing unaffordability is illegal immigration so Republicans should continue to fight to ensure that our laws be enforced. Some estimates put the number of illegal immigrants around 10.5-12 million. Many illegal immigrants live in places where housing affordability is particularly bad, including Boston, New York, DC, Seattle, San Francisco, Los Angeles, and San Diego.

Republicans should also work locally — emphasis on local — to remove as many hurdles to home construction as reasonably possible. These barriers are numerous, including slow and costly permits, lengthy environmental reviews, and unnecessary energy efficiency standards. Rather than requiring the construction of unaffordable homes that suit the tastes of bureaucrats, policies should generally allow the market to decide what homes are built, where they are built, and how they are built. The faster homes are built, the sooner market forces are likely to bring down prices and allow young adults to rent or buy homes of their own.

Republicans should support reform of the credit reporting industry. The huge credit bureaus — Experian, Equifax, and TransUnion —have a lot of power, and yet they continually fail at some of the most basic tasks, including making sure that information about consumers with similar names or Social Security numbers winds up in the correct file. Although the credit bureaus have repeatedly promised to improve their processes to reduce these mistakes, they have utterly failed — if they have even tried. Even worse, credit bureaus currently enjoy broad immunity from lawsuits even when they harm consumers. Credit bureaus do not deserve this immunity and should lose it. Also, more competition should be encouraged in the credit reporting industry; perhaps a new competitor would do a better job.

Republicans should advocate for mens rea (which means “guilty mind”) reform which would help protect the innocent from being imprisoned for doing things that they did not realize were illegal. Although some laws require that an offender be aware that their actions are wrong in order to be found guilty, many laws do not when in certain circumstances it would be appropriate. There are literally thousands of federal laws and hundreds of thousands of federal regulations with criminal penalties and countless more state laws and regulations. It is impossible for anyone — whether a veteran legislator, career bureaucrat, or experienced lawyer —to possibly know all of the crimes that they might be committing.

If doing the right thing is insufficient reason for legislators to support mens rea reform in certain circumstances, they should remember that there are partisan prosecutors who would not hesitate to use the law to bankrupt and ruin their political opponents.

By pursuing a reform agenda, Republicans can locally help right wrongs while likely winning back some swing voters. For some unknown reason, Democrats choose to focus on catering to special interest groups leaving the general public to fend for itself. Republicans should take full advantage of this opening and demonstrate that they are the party of the people, by the people, and for the people. If Republicans need an additional reason to support reform, they should remember that they probably will not like the “solutions” that Democrats offer to deal with these problems.

Richard McCarty is the Director of Research at Americans for Limited Government.

We support elements of all of these as subject matter Republicans can properly address touting conservative principles. There are other important matters for the agenda as well. For example the mens rhea reform can come in part from elimination and simplification of  regulatory statutes and taking a look at limiting the judiciary. Too often a judge can make you guilty of something unsupported by statute by expanding the statutes meaning.

The mens rhea reform concept also speaks to what our illustrious Senior Editor has pointed out about totalitarian regimes: They always have a violation in their back pocket that ordinary citizens can be charged with, not even knowing it existed, or if they did, was so encompassing.  The state doesn’t pull it out unless they want to pull in an anti-state malcontent. Another matter that should be addressed along with mens rhea reform is the concept of hate crime as an aggravating circumstance regarding other offenses or, as it is used in some cases, a crime on its own.