Who Do You Nominate?

An interesting and fun column by Dennis Lund (see below). He lists what must be on the preliminary list of very irritating people inflicted on many of us, especially conservatives, in 2019: 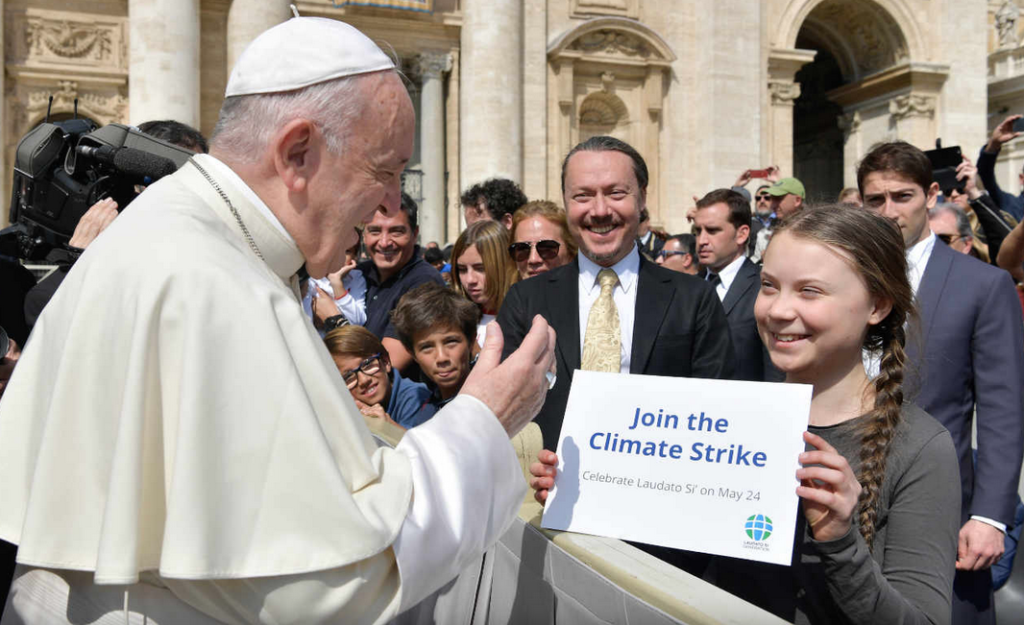 Mr. Lund wound up being unable to pick his MOST  “irritating”. However, I believe while his list was formidable and fairly comprehensive, I believe it incomplete, probably by dozens of deserving ‘irritators’, but certainly, in my view, Ilhan Omar is deserving of the list.

There is one other which I would have had on the list…in fact would probably have been my choice as “most irritating”. His name on the list, however, would surely cause controversy and no doubt, vehement disagreement.

That would be, in my view only, Pope Francis!

To me, His Holiness is at the top of my list for a ‘host’ of reasons:

– Yes, he is spiritual leader of 1.2 billion Catholics worldwide, and is presumed to be “The Vicar Of Christ on Earth”…and thus, deserves deference.

– However, even the Catholic Church acknowledges there have been ‘bad’ popes in its 2000 year plus history.

– And perhaps Francis is not, by any means, the ‘worst’…and “bad” is probably not the most appropriate term.

– I believe, though, that the former Cardinal Jorge Mario Bergoglio of Argentina is not what he wishes to be perceived as by his flock and by all of contemporary mankind…a “humble” man, maybe the ‘most’ humble man.

Pope Francis became a “rock star” for many Catholics and non-Catholics alike, around the world…partly by dint of shrewd self-promotion, a ‘biting wit’, always coming from the left and thus sure to become a progressive favorite of the Associated Press, the liberal media in general, and left-wing politicians in the US and throughout the west, and an obvious embrace of leftist ideology.

Francis does not seek to hide a profound dislike for either the United States or its current elected president, or its capitalist system. He seldom hesitates to blame the US for the evils which have befallen some countries in Latin America.

A product of Latin America’s decades old embrace of “liberation theology”, a political/religious ideology steeped in Marxism, Il Papa is a great promoter of wealth redistribution and the use of the “climate change mythology” to facilitate its implementation.

The Pontiff is one of the most vociferous popes in modern history with opinions on everything, whether in his area of expertise or not. He is known for his ‘sarcastic wit’, directed exclusively at ideological opponents or whomever he might seem to see as something of a rival.

The Pope seems intent on pressing his own priorities at the expense of his Church’s fundamental tenets. He has done putdowns of large segments of the Catholic faithful whom he accuses of “obsessing over” such out of fashion ‘anti-abortion’ and opposition to gay marriage sentiments. Borders and the concept of national sovereignty also find no place of importance in Francis’s  ‘to do’ list.

He would be known for an otherwise admirable concern for the poor and oppressed throughout the world but his ‘solutions’ seem always to come down on the side of radical leftwing theory…solutions that throughout history have proven to be far worse than the problems.

For these and other characteristics he has exhibited since his 5th ballot election in March, 2013 as the 266th pontiff in the Roman Catholic Church’s 2000 year history, Pope Francis is our choice for “The Most Irritating Person of 2019”!

The Most Irritating person of 2019 is.…  (bold our emphasis)

We are now looking at 2019 in our rear view mirrors, since it is time for those irritating “The Best/Worst of the year” lists.

This past year was full of irritations, on many levels, from the shallow and superficial, to the rarest of rare political actions taken by the most irritating Congress in history.

Let’s start with some of the candidates:

Speaking of shallow and superficial, there is that previously little-known actor Jussie Smollett. His claim to fame was as a character in the FOX TV show “Empire.” Smollett, a gay black man, became a hero portraying, you guessed it: a gay black man. He became irritating by falsely accusing MAGA hat-wearing white supremacists of mugging him. It was all proved to be a lie as the story gained more steam than an all-male bathhouse.  But shallow and superficial does not rate high on this list and Smollett, like a lanced boil, has mostly disappeared from the scene.

A second candidate, who we all wish would disappear from the scene, is the most irritating thing to come out of Scandinavia since Ragnar Lothbrok: Greta Thunberg. This young Swede rose to fame despite her boorish appearances at numerous gatherings of global warming alarmists. The best word to sum up this child is, well; irritating. From her high degree of angst, to her snarling delivery, to her hectoring catchphrase: how dare you!! Young globetrotting Greta has achieved a high level of fame that could only be attained (and financed) by strong backing from radical millionaire left-wing climate activists. Certainly Thunberg is on anybody’s short list as a high level source of irritation.

Since the list is wide open to irritating women, how could Alexandria Ocasio-Cortez not make the list? (No, I am not going to call her AOC). If Hollywood wants to do an alternative version of Mr. Smith goes to Washington they could use her as a role model. They could call it: Ms. Alexi Goes to Moscow. But at least Jefferson Smith had the brains to make something of his opportunity, while Cortez is baffled by the functioning of garbage disposals. Hopefully Ms. Alexi will be a flash in the pan and thrown out next November by the embarrassed voters in her district.

Next in D.C., resembling Laurel and Hardy, we have two mismatched tinhorns named Adam Schiff and Gerald Nadler. But unlike the lovable Stan and Ollie, the Adam and Gerry show was, simply put, a source of constant irritation sans the comic relief. Adam had previously demonstrated himself to be void of facts, unable to support his allegations, or to hide from a camera. The conduction of his inquisition was reminiscent of the Grand Inquisitor Tomas de Torquemada.

Yes, they did vote in his committee and The Eyes won.

Jerrold Nadler, who never met a conservative he liked or meal he didn’t, was brought in as comic relief after the failure of the Schiff Show in the catacombs of the capitol. Nadler’s goose was cooked when he brought in three “expert witnesses,” each of whom deserve at least an honorable mention.

But, Adam and Gerry were never doing anything more than responding to strings pulled by Nancy Pelosi. As such Adam and Gerry are removed from further consideration, only to be surpassed by megamillionairess: Nancy Pelosi. Certainly Congresswoman Pelosi’s moments in the spotlight were welcomed by her acolytes, while reviled by those possessing common sense, morals and respect for the Constitution.

Before naming the winner we need to define the qualifications. Clearly “irritating” can be seen from two levels: “Source of” and “Reactions to”. Those mentioned above all can be lumped into the category of being the source of irritation to millions of Americans. Those Americans would be the ‘Deplorable’ and bitter ones who ‘cling to guns or religion’ and in general are detested by the self-proclaimed superiors to we, the general rabble and unwashed masses of the hoi polloi.

The last three mentioned though are all commonly linked, due to their reaction to the real winner, who is undoubtedly the biggest cause of their combined irritation: President Donald Trump.

We have seen in the past year an unparalleled visceral reaction to President Trump. This reaction could be seen from day one in ‘the screamer,’ a clip worth a repeated viewing simply for the schadenfreude of the moment. But the irritation, caused by the Trump Presidency, led to the lies of ‘Russian Collusion,’ the failures of the ‘Mueller Report” and the Adam and Gerry show. It has now culminated in a vote favoring impeachment, now sitting on Pelosi’s desk waiting for her to “react now or be derelict in our duty.”

As irritating as all of the above have been, Donald Trump excels in the “reaction to” factor. Yet it is in part the reactive irritation of those infected with TDS that serves to unite the 63 million of us that voted for him. To those irritated by the President, nothing will sooth their pain. Not the lowest unemployment in decades, not the return of the manufacturing jobs we were told would never return, not the continued rise in the Dow, the S&P, and the Nasdaq and not the increase in tax revenue generated, as promised, from the tax cuts.

The only thing that will end their pain is the elimination of the Trump Presidency. The powers that be in D.C. fear it will not happen in November, thus they resort to the shenanigans and illegal actions now undertaken, in doing so they are unwittingly further uniting, while simultaneously creating, Trump supporters.

Given the above, there has been no person in the year just passed that has caused more irritation to so many deserving people than Donald Trump. And for that I thank him, while also looking forward to four more years.