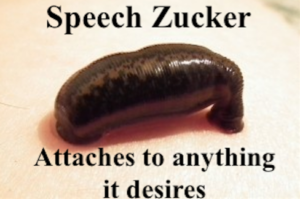 First an instructive commentary from a favorite of ours, Kimberly Strassel, writing at the Wall Street Journal about the precursors to where we are today regarding voting integrity and fraud. It was forwarded to us via a simple Facebook posting and recommendation from our contact to read it. (We do not do Facebook normally so it came via email link)

But Facebook would have none of our contact’s speech rights without injecting their views. Of course with such editorializing, one has no free speech rights on their so called platform at all. Their “independent”  “fact” checkers objected to the veracity of the Strassel article and felt compelled to attach themselves to the post.  See the smarmy lying little limpet’s attachment below the article  and our response to  the sender, and since Facebook reads everything,  them as well.

Pelosi’s top priority was remaking the electoral system. The virus gave her a boost.
By Kimberley A. Strassel

The Trump campaign is pressing its case that last week’s ballot counting was off, and it will get its day in court. But if Republicans want a fuller accounting of the shenanigans, they’ll need to look much further back than Election Day. They’ll need to internalize Nancy Pelosi’s H.R. 1, and then do battle.

House Resolution 1 is the designation for the first bill unveiled in any new Congress. It’s designed to highlight the majority party’s top priority. In early 2017, the Republican-led House gave the title to Donald Trump’s tax reform. When Mrs. Pelosi retook the speaker’s gavel in 2019, her party had just campaigned on a slew of urgent Democratic priorities: health care, climate change, immigration, student debt. None of these rose to the honor of H.R.

Instead, Mrs. Pelosi unveiled a 600-plus page bill devoted to “election reform.” Some of the legislation was aimed at weaponizing campaign-finance law, giving Democrats more power to control political speech and to intimidate opponents. But the bill was equally focused on empowering the federal government to dictate how states conduct elections—with new rules designed to water down ballot integrity and to corral huge new tranches of Democratic voters.

The bill would require states to offer early voting. They also would have to allow Election Day and online voter registration, diluting the accuracy of voting rolls. H.R. 1 would make states register voters automatically from government databases, including federal welfare recipients. Colleges and universities were designated as voter-registration hubs, and 16-year-olds would be registered to vote two years in advance. The bill would require “no fault” absentee ballots, allowing anyone to vote by mail, for any reason. It envisioned prepaid postage for federal absentee ballots. It would cripple most state voter-ID laws. It left in place the “ballot harvesting” rules that let paid activists canvass neighborhoods to hoover up absentee votes.

Democrats grandly named their bill the For The People Act, but conservatives had better titles. This page called it the “Majority Preservation Act,” while the editors at National Review described it as an “Unconstitutional, Authoritarian Power Grab.” Senate Majority Leader Mitch McConnell decried the bill as a “naked attempt to change the rules of American politics to benefit one party,” and dubbed it the “Democrat Politician Protection Act.”

Mrs. Pelosi’s bill didn’t become law, despite her attempts this year to jam some of its provisions into coronavirus bills. But it turns out she didn’t really need it. Using the virus as an excuse, Democratic and liberal groups brought scores of lawsuits to force states to adopt its provisions. Many Democratic politicians and courts happily agreed. States mailed out ballots to everyone. Judges disregarded statutory deadlines for receipt of votes. They scrapped absentee-ballot witness requirements. States set up curbside voting and drop-off boxes. They signed off on ballot harvesting.

Meaning, “the fix” (as it were) was in well before anyone started counting votes. Pollsters aside, political operatives understood this election would be close— potentially closer in key states than it was in 2016. The Democratic strategy from the start, as evidenced by that legal onslaught, was to get rules in place that would allow them to flood the zone with additional mail-in ballots.

And of course there was harvesting—as these pages warned. This isn’t a new practice; candidates and campaigns have been honing it for years. Three years ago, the Palm Beach Post ran an expose on the practice in Florida. A North Carolina congressional race in 2018 was roiled by a ballot-harvesting operation, and a new election was ordered. This year simply offered the perfect environment to roll it out at new levels, and throughout the fall conservative groups were documenting examples.

Yet the beauty of ballot harvesting is that it is nearly impossible to prove fraud. How many harvesters offered to deliver votes, only to throw away inconvenient ones? How many voters were pushed or cajoled, or even paid—or had a ballot filled and returned for them without their knowledge? And this is before questions of what other mischief went on amid millions of mailed ballots (which went to wrong addresses or deceased people) and reduced voter verification rules. As the Heritage Foundation’s election expert Hans von Spakovsky has explained, mail-in voting is the “single worst form of election possible” because “it moves the entire election beyond the oversight of election officials.”

Republicans fought the worst changes but were up against the virus excuse. The question is whether they now understand the stakes. This election was a mere glimpse of the system Mrs. Pelosi wants nationwide, and she has already suggested “election reform” might again be her first priority in 2021. The GOP’s job is to harness voters’ frustration about the murky mess that was this year’s vote into a movement that demands transparency and renewed integrity of the ballot. Or risk a lot of 2020 repeats.

So Facebook gets to insert a comment (essentially hijack your post) with an assertion that does not stand up to objective analysis. If the Facebook fact shavers want to debate Kimberly Strassel they ought to send their comments to her paper and not abuse your free speech prerogatives by injecting themselves into it.

Would they allow you to inject your commentary /correctives into their assertions mandating all Facebook see it as a matter of fairness? They won’t, therefore they are in fact editorializing within your post mandating all who visit your post see their side of things on a politically loaded matter. They are “platforming” themselves within your post and to your contacts. Strassel’s comments were politically charged. Facebook’s effort to deny the implications is political commentary, Democrat spin, and ought to be subject to FEC  regulations.

It is ridiculous to say that fraud does not occur in every sizable election. Democrat operatives will admit to that*. The question is, is it sufficient to change honest results. Strassel’s article was about Democrat efforts to enhance the possibility of fraud by loosening integrity standards.

As regards presidential elections, in the last 100 years (call it modern times) there have been 25 presidential elections. It is widely held by historians that the election of 1960 was stolen by fraud, in Texas and Cook County Illinois. That is 1 in 25 or 4%. Does Facebook consider that extremely rare? Democrats won that election with good old fashioned ballot stuffing, graveyard voting or buying off of election officials and or partisan hacks doing their anointed jobs. The methods are still in place but additional sophisticated ones are available as well, all with the veneer of making voting easier. Yet voter turnout was as high or higher in the 60s and 70s than today, with very limited vote by mail, fewer cars and fewer precincts. Go figure.