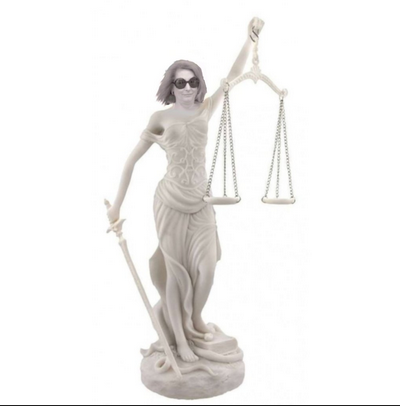 All of us are on pins and needles waiting for something definitive, evidence sufficient to  “stop the steal”that we feel in our bones is going on, or at least to be able to count the deck and examine the cards we have been dealt, so as to know whether to walk away or upend the table.

Is this it?  Is this something even the press would have a hard time ignoring as partisan nitpicking about Democrat voting fraud?

We think there is enough evidence as regards the old tried and true largely Democrat modus of stuffing ballot boxes, of inventing votes, of grave-yard voting,  of overwriting, of falsifying numbers, of destroying ballots and so on, to send a lot of people to jail. Such skulduggery is what they do, it is their trump card for any elections the powers that be decide they need.

But Donald Trump’s actual vote was shaping up to be so monumental the Democrats could not rely on their old techniques. According to Trump’s team the Democrats found it necessary to finagle a voting machine software process to insure at least an initial call by the media and subsequent capitulation, figuring on dealing with any charges and cover-up from the perspective of being in power, as in wudddayagointodoaboutit.

Democrats think they have sailed to victory, Trump Team to release the Kraken,

and likely to engender such if true and impartial justice not served. We think the opportunity for impartial justice is still present.  Readers are invited to send us your insights on this matter, what you are reading verifying or discounting Powell’s charges.  Epoch Times report below

Former federal prosecutor Sidney Powell, a Trump campaign lawyer, suggested in a Sunday interview that there is still more evidence coming out in President Donald Trump’s claims of voter fraud and irregularities.

“We’re getting ready to overturn election results in multiple states,” Powell said, saying that she has enough evidence of election fraud to launch a widespread criminal investigation. “I don’t make comments without having the evidence to back it up,” she added, saying that elections software switched “millions of votes” from Trump to Democratic nominee Joe Biden.

Powell notably provided legal counsel to Gen. Michael Flynn in 2019. She was named to Trump’s legal team in the past several days.

Powell said a whistleblower came forward and said the elections software was designed to “rig elections,” saying that “he saw it happen in other countries,” referring to voting systems Dominion Voting Systems and Smartmatic, or perhaps other software and machines.

“We have so much evidence, I feel like it’s coming in through a fire hose,” Powell said, while noting that she won’t reveal the evidence that she has.

“They can stick a thumb drive in the [voting] machine, they can upload software to it even from the Internet … from Germany or Venezuela even,” she said, adding that operations “can watch votes in real-time” and “can shift votes in real-time,” or alleged bad actors can “remote access anything.”

“We’ve identified mathematically the exact algorithm they’ve used—and planned to use from the beginning” that allegedly switched votes to Biden, Powell remarked.

Powell also made reference to a 2019 investigation from Sens. Amy Klobuchar (D-Minn.), Elizabeth Warren (D-Mass.), Ron Wyden (D-Ore.), as well as other Democratic lawmakers into Dominion Voting Systems, Election Systems & Software, and Hart InterCivic. The senators had expressed concerns about the security of the voting systems.

“(W)e have concerns about the spread and effect of private equity investment in many sectors of the economy, including the election technology industry—an integral part of our nation’s democratic process,” wrote the lawmakers in their letters to the firms about a year ago. “These problems threaten the integrity of our elections and demonstrate the importance of election systems that are strong, durable, and not vulnerable to attack.”

Later in the Sunday morning interview, Powell said that her team has “detected voting irregularities that are inexplicable” in states where officials believe they have valid systems.

During the election, Republicans in the House were able to flip at least 11 seats while the GOP is poised to maintain control of the Senate. Some conservatives have questioned how such a voting pattern is possible for Biden to win the presidential election, let alone receive more votes than any other presidential candidate in American history, including President Barack Obama’s victory in 2008.

Companies Respond
The Department of Homeland Security’s cybersecurity agency issued a statement on Thursday calling the 2020 general election the “most secure in American history,” despite multiple legal challenges alleging a variety of alleged voting irregularities across a number of battleground states.

“The November 3rd election was the most secure in American history. Right now, across the country, election officials are reviewing and double-checking the entire election process prior to finalizing the result,” read the statement released by the Cybersecurity and Infrastructure Security Agency (CISA).

Smartmatic, in a statement on Saturday, said that it has no ties with Dominion Voting Systems. Powell suggested that Smartmatic is operated by Dominion in the interview.

Dominion, over the past several weeks, has repeatedly denied its systems were compromised in some way.

“In the aftermath of the 2020 general election, there has been a great deal of misinformation being circulated about Smartmatic and other companies that provide election technology to voting jurisdictions in the US. We would like to dispel these incorrect statements with facts,” the firm wrote, adding that it “has never owned any shares or had any financial stake in Dominion Voting Systems.”

Dominion also refuted allegations that its machines changed votes from Trump to Biden on Election Day and beyond.

“Dominion Voting Systems categorically denies any claims about any vote switching or alleged software issues with our voting systems,” a company spokesperson said in a statement to The Denver Post. “Our systems continue to reliably and accurately count ballots, and state and local election authorities have publicly confirmed the integrity of the process.”