WSJ: “Mr. Trump didn’t lose to Joe Biden. He lost to himself” 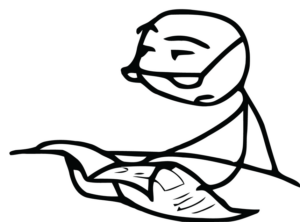 OH REALLY?!
What we would expect (but not hope for) from the Wall Street Journal editorial board:

“Mr. Trump didn’t lose to Joe Biden. He lost to himself”

– “Donald Trump launched a personal attack on Mitch McConnell this week after the Senate GOP leader called the former President “practically and morally responsible” for the Jan. 6 Capitol riot. Mr. McConnell doesn’t need our defense, but we hope GOP voters aren’t buying Mr. Trump’s attempt to rewrite the history of the 2020 election.”
………..

The Wall Street Journal ed board has never been a ‘Trump fan’ . With a couple exceptions, Kim Strassell most prominently, the editors at the Journal have been as much a part of the “conspiracy” to defeat Trump in the 2020 election as any exposed by the Molly Ball TIME magazine piece.

The Journal, always tending to promote the desires of the US Chamber of Commerce, especially its opposition to Trump’s trade and immigration policies and the tariffs on countries who aggressively labored against America’s workers, and Trump’s overall attitude toward the D C ‘Swamp’. The Journal seldom missed an opportunity to criticize.

We won’t go into all of the reasons we are critical of Friday’s Journal editorial, but one point that especially rankles and will always be to us a point of great disappointment. That is the great extent to which the Journal has denied that the election was stolen from Donald Trump.

When President Trump tries to make his case that the 2020 election was fraught with “irregularities”, illegalities, and fraud, the Journal calls it his “attempt to rewrite history”.

When Trump notes he got more votes than any incumbent president in history, 75 million, the Journal notes that Biden beat him by more than 7 million votes, in the “official tally”.

What is seldom mentioned, and not at all in this piece, is the fact that voting irregularities abounded in those very states Trump lost…the key states, the “swing states”! Incident after incident of serious such irregularities have been documented, accompanied by photographic evidence…yes! “Evidence”! And hundreds of Americans, poll workers and “watchers” on the spot, have come forward, made sworn affidavits, attesting to so-called ‘irregularities” at polling places which they observed first hand.

Actual, unchallenged instances of violations of legislated voting law in most of those states have been ignored by the courts…not investigated…simply ignored!

Was the election “stolen”?

We don’t know…but neither does the Wall Street Journal, or the anti-Trump establishment, or the courts, or the social and “news” media, entertainment and education “conspiracy” that Time magazine’s Molly Ball wrote about…and they don’t want to ‘know’!

But we, and many millions of others, do believe the 2020 election was stolen from President Trump.

And, we will reject the terms like “baseless” and “attempts to rewrite history”, and “without evidence” to belittle our beliefs.

Those terms were not thrown around so carelessly and pervasively when the Left was demanding investigation of the “Russia Collusion” or when a “quid pro quo” over a phone call was grounds for the impeachment of a president.

The evidence of a stolen election… sworn statements and affidavits, and photographic verification, proven violations of states’ voting laws…however, far outweighs the completely baseless allegations that the left, the Democrats, the media pushed to result in investigations which turned up NO evidence of ‘collusion’, or criminal ‘quid pro quo’!

And until there is one…a legitimate and serious one, the dismissal of our concerns with “baseless”, or “without evidence” remains to millions of Americans an indictment of the Wall Street Journal, and every other left-leaning “news” organization in America…an indictment of their dishonesty, incompetence, and anti-America ideology!     dlh