‘Smilin’ Joe Biden — everyone is told he is Mr Nice Guy. He is not 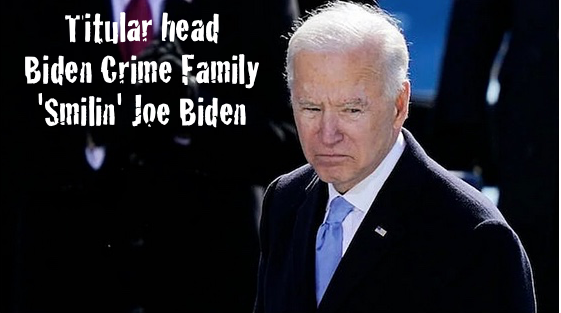 The answer, of course, is “often”.
“Although I don’t agree with Joe on a lot of issues…”
This is the kind of “malarkey” American voters hear from politicians all the time…and that is precisely what it is…”malarkey” (Joe likes to use that term publicly).

The more precise term for this “politics-speak” is “Bullsh-t!”

Joe Biden is NOT a ‘nice guy’ and never was…even when he had all his faculties:

– ask Judge Bork: “As head of the Senate Judiciary Committee, he presided over the infamous Robert Bork hearings. His smearing of Bork for his original-intent judicial philosophy transformed hearings for Supreme Court nominees into bloody ideological battles. Henceforth, all conservative nominees were subjected to “Borking.”

– ask Robert Gates (former Sec Def under Obama)…
“Joe Biden is impossible not to like. He’s a man of integrity, incapable of hiding what he really thinks, and one of those rare people you know you could turn to for help in a personal crisis.” (after those usual ‘kind words’,)
“Still, I think he’s been wrong on nearly every major foreign policy and national security issue over the past four decades.”

-ask the family of Curtis Dunn: In a 2007 speech at the University of Iowa, Biden said: “Let me tell you a little story. I got elected when I was 29, and I got elected November the 7th. And on Dec. 18 of that year, my wife and three kids were Christmas shopping for a Christmas tree. A tractor-trailer, a guy who allegedly — and I never pursued it — drank his lunch instead of eating his lunch, broadsided my family and killed my wife instantly, and killed my daughter instantly, and hospitalized my two sons, with what were thought to be at the time permanent, fundamental injuries.” But the then-Delaware prosecutor, now a judge, who investigated the accident says, “The rumor about alcohol being involved by either party, especially the truck driver [Dunn], is incorrect.” Furthermore, the tractor-trailer driver had the right of way, and Dunn immediately got out of his truck and tried to render assistance. He was no drunk driver.

Joe’s calling card is decency, an affable man without a malicious bone in his body. Yet he allowed Dunn, who died in 1999, to go to his grave having been falsely shamed by Biden as a drunk driver responsible for the death of Biden’s wife and newborn daughter. What “decent” man does that?     dlh