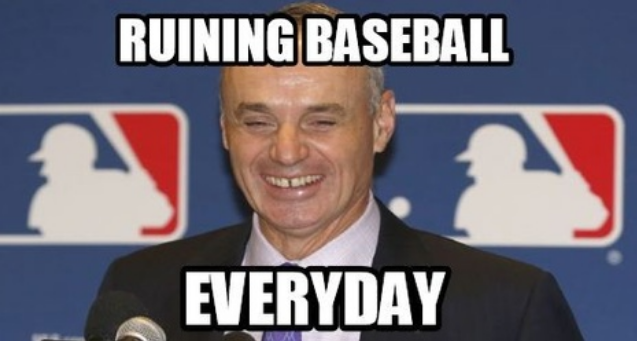 “I have determined the best way to demonstrate our value as a sport is relocating this year’s All-Star Game and MLB Draft,” commissioner Rob Manfred said in a statement.

In other words “our value as a sport” is assuming our players (Houston Astros) are too stupid or morally compromised to resist cheating in sports  . . . or voting.

Joe Biden had a few days previously said he “strongly supported”  moving the All-Star game from Georgia.  Just wondering if Biden would strongly support and urge boycotts of the 2022 Winter Olympics in Beijing, China.

Professional sports has demonstrated a disdain for a large segment of its fan base, a contempt for America, and a complete estrangement from our nation’s traditions and values.

MLB is taking its ball and leaving Georgia.
The league announced on Friday that it is moving the 2021 All-Star Game out of Atlanta as backlash grows over a new Georgia law that is seen as an attack on voter access.

“I have determined the best way to demonstrate our value as a sport is relocating this year’s All-Star Game and MLB Draft,” commissioner Rob Manfred said in a statement.

“MLB fundamentally supports voting rights for all Americans and opposes restrictions to the ballot box.”

Manfred’s decision comes as a growing number of corporations, including Atlanta-based Delta and Coca Cola, have spoken out against the legislation that was signed into law last week.

Democrats and advocacy groups have argued that it disproportionately affects minorities. President Biden referred to it as “Jim Crow on steroids” in an interview with ESPN this week and said he would support Manfred if he decided to move the game.

“Over the last week, we have engaged in thoughtful conversations with clubs, former and current players, the Players Association, and The Players Alliance, among others, to listen to their views,” Manfred said.(The league added that it would continue with plans to celebrate the life and accomplishments of Braves legend Hank Aaron. The league did not announce where the Mid-Summer Classic, scheduled for July 13, would be taking place now.)

MLB backwards is BLM; And Major League Baseball, like Professional basketball (NBA) and football (NFL)) are indeed, backward…or certainly oblivious to the fact that they have become political organizations, supporting an ideology shared by no more than 50% of the American people , if that. ..and probably far less than 50% of the ‘fans’ who buy their tickets or watch their TV game broadcasts.

As a follower of a team that  has won genuine affection on the part of its fans for its players, I say ‘enough is enough’! And, I don’t think I’m alone.

Professional sports has demonstrated a disdain for a large segment of its fan base, a contempt for America, and a complete estrangement from our nation’s traditions and values.

{Sports is the place where people of all ‘color’ have capitalized on their hard work and opportunity to become wealthy and famous beyond their wildest dreams. Sports has shown the goodness and opportunity of America…the venue where fans idolize and celebrate their ‘heroes’ without regard to their color or ethnicity. It’s the place where ordinary Americans can enjoy a time away friom their everyday challenges and problems.

But now, the very people who benefit the most from the ‘games’ are willing to tell the people, the fans, who’ve made them rich, famous and loved, that if they don’t share their political beliefs and their contempt for America’s traditions, values, and beliefs, they can ‘go to hell!’.

As far as I’m concerned, it’s time to tell them where they can go…as far as baseball is concerned and their “All Star” game, that would be, Beijing…go there, and, good luck!}  dlh

*Memes with exception of  the first two below as seen at  TooAthletic.com and reference other Manfred calls.  Enabling and excusing cheating, hurting the little people. 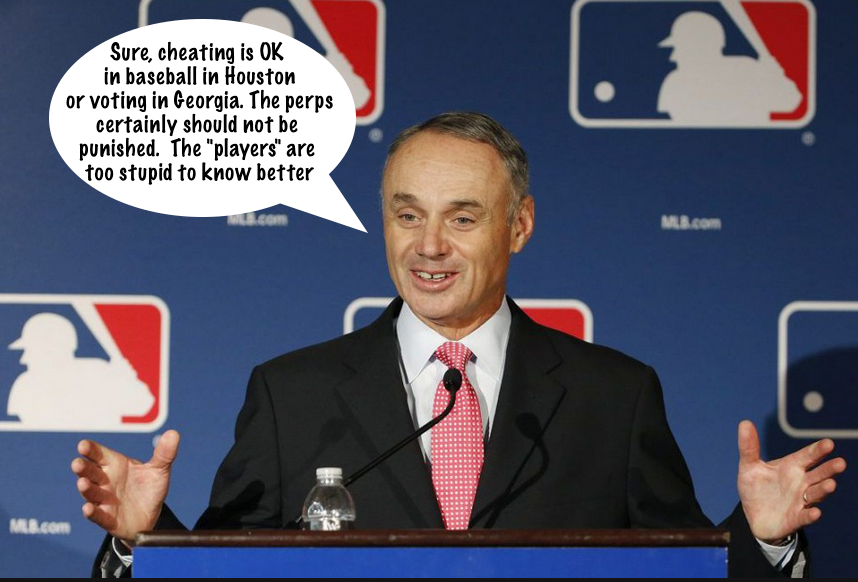 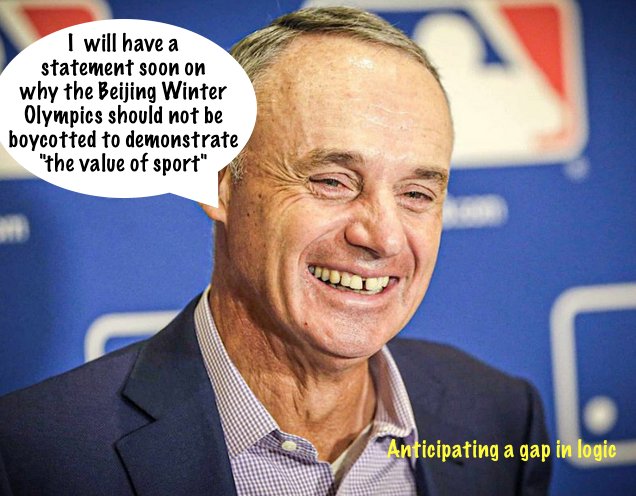 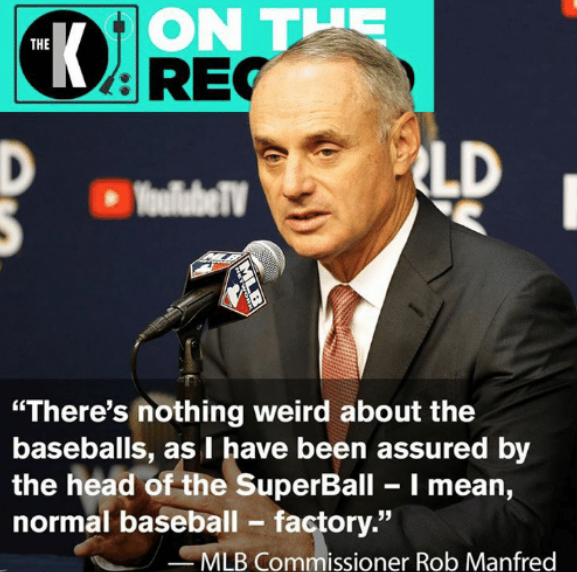 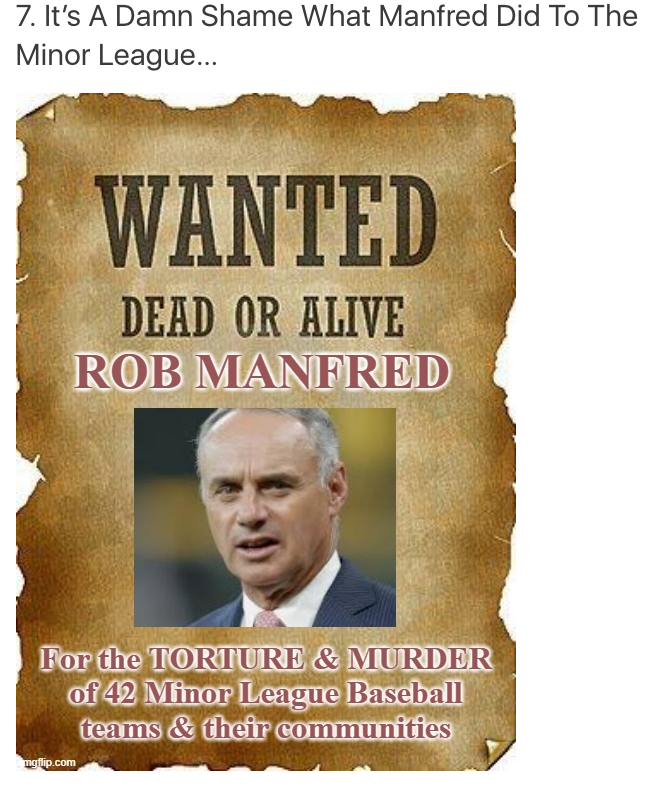 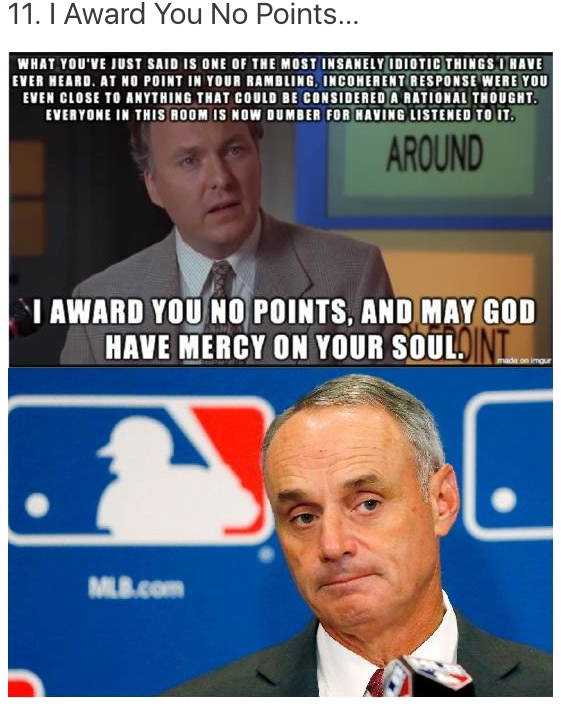 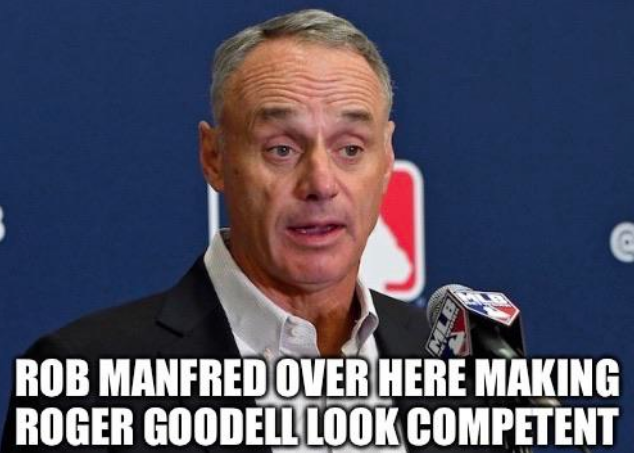