If a kraken is released and no one is allowed to hear about it does it exist? Part 1

More about the timing of the SCOTUS leak.

The Biden Residency has been a disaster for the country and may be shaping up to be a disaster for many Democrats.  The first part is by design. But the actual movers and shakers pushing the apparatchiks (bureaucrats and lesser elected officials) are not all that concerned about some sinecures for their underlings as long as they have enough political power to sustain what they have wrought. The Big Picture.

If the disaster is severe enough, in their judgement people may “overreact” throwing their people out after one   political election or even two — but the angry voters will come back to the fold because what “progressives” have wrought is to a great extent unrecoverable. Or so their thought process goes.  In other words~~ whudda ya gunna do about it ~~. 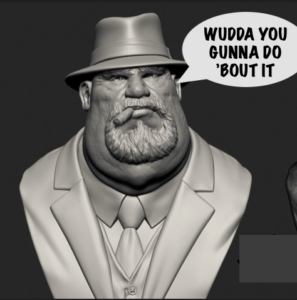 Their work is largely sustainable after 2022 as long as they can sustain a filibuster or a veto..

If their destructive work is achieved in due time people will respond to whatever big government elixir they offer later, the solution to the problems they caused, as long as they control the message about themselves and their enemies (proponents of freedom).

Theirs is a very cynical view of  the body politic and of course they do not think much of the American people. They really don’t like people at all except as servants to the glory of the state. To be sure the element in charge of the left, pushing the buttons and pulling the strings need to control the message as best they can. Any attack on their legitimacy must be quashed.   Readers probably get where I am going but more later.

We have more hope (not necessarily great confidence) that the Bidenasties  can be repudiated.