When the goofy carrying of the wrong flag is a felony 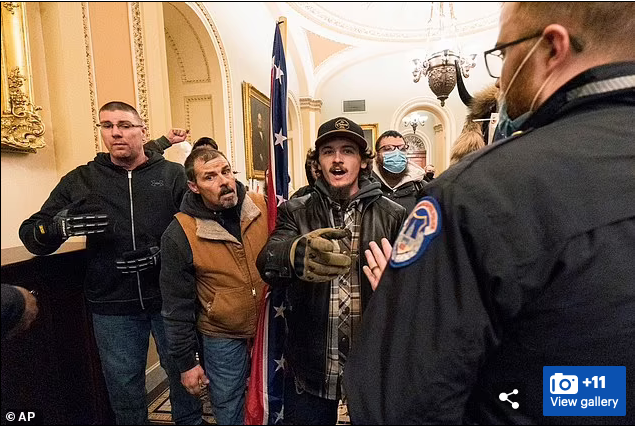 Excuse me officer, we’re here as part of the “siege”

Check out these photos from the usual biased media sources used to illustrate their story about the felony conviction of two people parading in the halls of the Capitol on Jan.6, 2021.  Do you see what we see?

At the mostly peaceful and patriotic January 6 2021 rally for election integrity a small percentage of protestors regrettably did what a category of Democrats do all the time — made spectacles of themselves with some goofy and destructive antics — and maybe some even got pushy in response to some of the  police (other police may have been accommodating if not rather blase’ as in “another DC protest , different day, different group” and no more a serious threat even to the extent – “that would be down the hall to your right”.

The Jan. 6 protestors were not like another frequent category of leftist protestors who engage in widespread looting, extensive hateful damage  to property, who fire bomb and carry weapons going into houses of democracy aka protest sites. 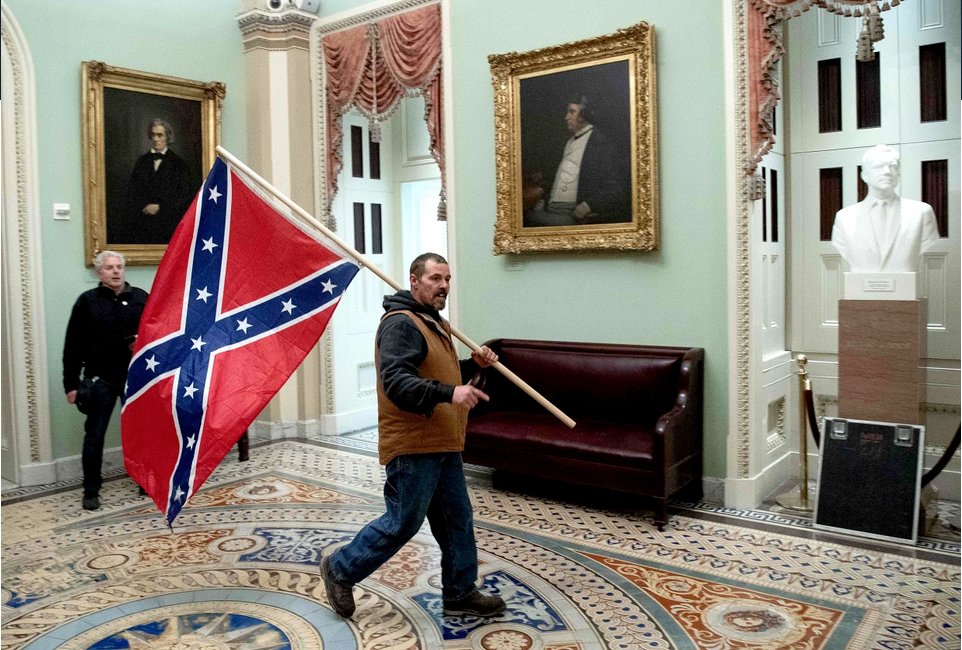 According to the left, sauntering is besieging or something. By the way is that a guard under the portrait frozen in fear by the very presence of such a flag.

Nothing more was apparently on the agenda for even the most aggressive than has been attempted by countless leftist cause adherents protesting in the Capitol galleries or at other venues trying to disrupt proceedings at least for a time. Yes some arguably wanted to disrupt, but that is not insurrection – an armed takeover of government.  It is absurd to refer to those inside the Capitol and steps and walks that day as such. Most of the January 6 protestors who were arrested limited themselves to making noise on the steps or in the halls. Yet they have been subjected to gross violations of their rights. No one has been accused of bringing a gun or a bomb into the Capitol to shoot members of congress or bomb the place.  That is what insurrections do.

The only ones with definitive weapons in the Capitol that day were police, one of whom used his to kill an unarmed diminutive woman of no threat to him while he hazarded others in the line of fire. No other police with similar or closer vantage point felt any threat necessitating lethal force from that woman.  Although there were maybe the few cops who may have ganged up on another woman outside and beat her when she lay dying,  such an obvious threat presented.

One question, if it were a rainbow flag would there have been a felony conviction?