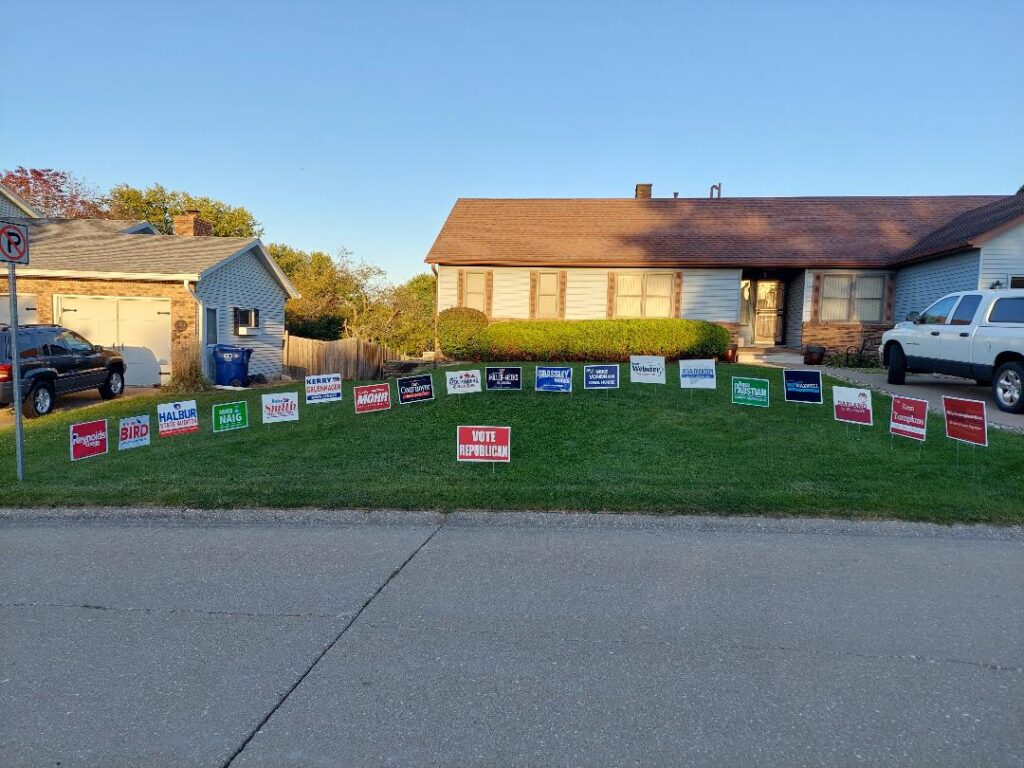 Not one of these Republican candidate signs (and this is just about all of them on the ballot in this area) indicate they are Republican (except the center one there for effect). Is there any good reason for this?

In a time of Republican ascendancy and Democrat vulnerability associated with party on the most salient issues as to voting importance  — inflation, crime, the border, and more —    one would think it behooves Republican candidates to at least indicate party association in their public face — signage and media. You would think.  Instead we see most Republican candidates  scrupulously avoiding their party affiliation on the weakest of presumptions about the electorate. The opportunity lost is evidenced by the appearance that Democrats are just as skittish, confirming in their case that Democrats know they are in disfavor.  With an exception or two, their signage does not indicate party affiliation either! 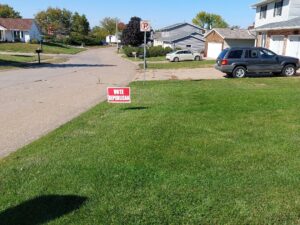 Makes for a much simpler time mowing

In the case of Republicans, the reason I have heard (from an active consultant) is to the effect that “we” need  no-party people to vote for our candidates. As if to say somehow being upfront about who you caucus with is a turnoff. The thought is it is necessary to ~~ get people to vote for the person and not the party and not letting party be a stumbling block.  There is also the allied perspective of so called independents “voting for the person and not the party”.  Playing that game is very inefficient of resources and is practically useless even as regards the so called no-party/independents.

Dear consultants: You do know people will find out party affiliation when they see the ballot and given the extent of early voting most will have all the time in the world to rekindle any animosity about party . . .  or jerk their knees in the voting booth on Election Day and return to form if that is what they have a mind to do.  It is not like you were asking them to put a sign up in their yard on the theory no-one will know what party the candidate is part of.  Many No-party people are weak-minded but most are not that weak-minded.

One might argue it does not make any difference, to which I would say “other than walking proud in a time of party ascendency”.

But  you can hear it from some of these weak sister candidates  . . . “I am running for all the people not a party”.  Which is to say I’m not really one of THEM or, I really don’t have a political grounding and the only reason I am on the ballot is because I made promises to Republican primary voters but that was then and this is now.   Most are not that crass but it sure seems to be part of their handwringing.

Not having party affiliation a discernible part of ones campaign short changes party building and makes less effective any generic messages in support of Republicans or those, decrying Democrats. It reduces ability to shirttail down ballot races that have very limited ad budgets  — races where people really do not know who to vote for because of lack of party identification. So yes, to perhaps torture the trope, there ought to be Republican dog catchers. 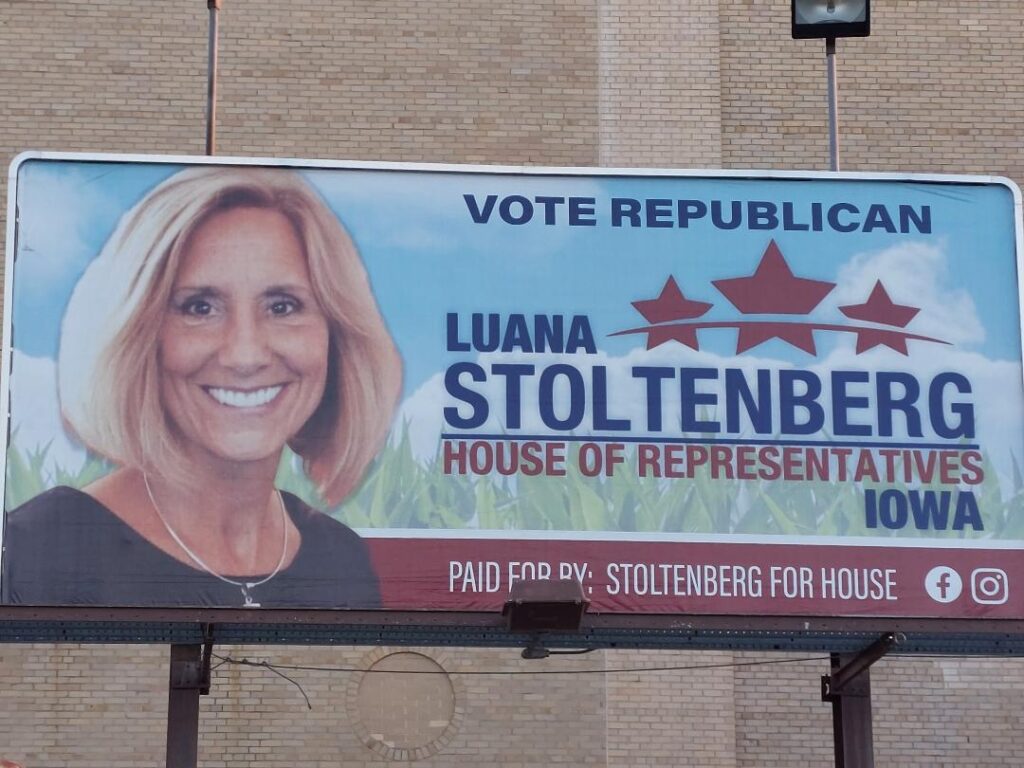 Now there have been a very few candidates locally proudly advertising in support of and being a Republican. Luana Stoltenberg running for the state house in a Democrat leaning district is one as she proudly indicates on several billboards. She does not have party on her yard signs but the prominence of the several billboards makes up for it. There are Republican candidates in Republican leaning and lock districts districts that do not indicate party, hardly even on campaign literature.

Luana has been rewarded according to the most recent finance disclosure report with zero support (in-kind or otherwise) from the state party but generous support from the Scott County Republican organization including contributions from local individual Republican candidates and personages.  If there are updates to that we will be happy to report them.

She is probably the hardest working candidate this cycle. It is an uphill battle against a rather pathetic lazy recruit for the Dems.  They are banking on party get out the vote as he has received little funding. They think they have it in the bag but Luana we hope will fool them and the RPI apparat.

By the way her opponent Cooper will be a mindless robot for egregious liberal policies.  He has already proved himself on that score as a member of a local library board that had no problem with promoting a drag queen story hour this past summer. Cooper does not bother to indicate party on his signage and I think it is because the Democrat apparat figures it will lose votes for him in the district.

Governor Reynold’s reelection radio ads of late (we do not pretend to be aware of all that is out there for any of the candidates) have been of a nature to help all Republicans (if only they would identify as such like she does).   Her ads mention issues (including life by the way) slamming liberal (Democrat) positions and values. Kudos to her for the effort. She currently leads by 17 points against another ultra liberal Dem — which by nature is all they have running.

If anyone wants to further explain or justify avoiding party ID even in Democrat districts this cycle please hold forth.