Kevin McCarthy becomes speaker for all the right reasons . . even though it was not his intention

The Twenty –  the rough number of Republican holdouts to the confirmation of Kevin McCarthy – a group that ought to go down in history as champions in the fight to restore the republic.

The Two-Hundred –– the rough number reflecting the bulk of the Republican Caucus who are oh so willing to rubber stamp McCarthy without condition in furtherance of business as usual in the House — pork laden bills in particular — shirking responsibility. Some of them are even complainers about The System but who exposed themselves as phonies by trying to avoid serious inducements to reform. 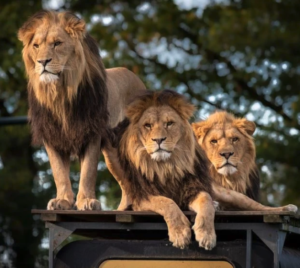 It took fifteen votes for Kevin McCarthy to agree to the needed reforms in House rules that he would have never acceded to if  The Twenty had not held fast. He could have had his coronation on day one of voting because he knew what The Twenty wanted which was supported by the sentiment of activist Republicans across the nation. He misjudged their perseverance.

After enough of The Twenty felt that  McCarthy had agreed to the package of needed reforms they gave their support to his quest for Speaker or withdrew their opposition.

We will see if the Two Hundred, bought and paid for by The System, vote for the rules McCarthy said he will support.  Maybe he has the power to implement them on his own but it remains to be seen if he will honor the commitment to The Twenty or try to subvert them*.

The Twenty* spoke truth to power using the power (leverage) they had to force reforms on the kicking and screaming louts who McCarthy had eating out of his hand, almost literally.  That would be The Two-hundred

The Twenty may be the saviors of The People’s House, decayed by years of Speakers using highhanded tactics to push through gargantuan spending authorizations, stifling debate, ignoring or corrupting rules, basically being dictators.

So it looks like maybe 10% of the Republican caucus ~~20 of ~~ 220 deserve respect for pursuing the right thing, the others not so much. If not closet Quislings in leftist occupied DC that The Two-Hundred are weaklings seems to fit. The Twenty are the Lions of the House. God bless them and give them wisdom and stamina to continue the fight.

*More on The Speaker in coming posts.