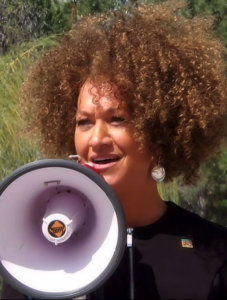 Rachel Dolezal went part way. Ken Croken can use her example and go all the way . . .for the good of the community. No special election needed. WQAD would provide lots of favorable publicity.

WQAD TV 8 issued the following Democrat publicity videos regarding the recent appointment of Kerri Tomkins to serve as Scott County Auditor until the next general election, a process provided for by county regulation and Iowa statute and consistent with past practice.  A glance at the titles and  transcripts will give you the drift:

In the WQAD  follow-up story there is nothing from Republicans as if they might have anything to say in defense of the appropriateness of the process used.  There is no indication that  WQAD even tried to contact anyone other than Democrats about the matter.

We have written about the propriety of the Republicans making such a interim appointment and aspects of related hypocrisy by Democrats  here  and  here .

A few days ago a reader wrote us referencing our mention of the video performance of the resident Karen on the Scott County Board of Supervisors, Ken Croken.* The reader pointed out that at around the 31 minute mark on the official video Croken rambles on about how ~~ we (the county board) may represent the county but we are not representative of the county…. he states that ~~ “we are five white men” The reader pointed out that if he (Croken) feels so strongly that he doesn’t represent the county then he should step down and the Supervisors will appoint someone more representative…  The Democrats say they want diversity but they themselves do not bring diversity forward. (The  two Democrats on the board are white and male.) . . .

We responded complimenting the point and expanding on it while disagreeing that such is the only possibility:

We agree that if he Croken as a Supervisor is incapable of being a decent responsible representative making fair decisions for all BECAUSE of his color or sex, by his ethical preaching standard:

1) He should admit he should not have run and should have left the Democrat banner carrying to the more capable hands of people of color.

2) He should announce his personal failure for elbowing out  a person of color and retire promptly while revealing his support of any person of color, since by the strong import of his words, anyone will do, because a person of color is inherently superior to represent people of color. So he should lead by example and give up his seat for the good of the community.    His attitude by its logic portends a black seat on the board, indeed his racist logic portends an anything but white people on the board  as colored folks are white folks betters at representing people of color.  But by implication a chinaman cannot be properly represented by a Black person and viceversa so we are really off to the races to find proper representation.  The board will of course have to be expanded.

He could certainly lead by example and vacate the office having failed to bring someone forward instead of Tomkins in a parliamentary motion by substitution. He and the other illegitimate Democrat white guy had the same amount of time to produce a candidate. They failed miserably.

Their task was easier because by Croken’s racist standard anyone of color would do, as such folks are automatically superior at representing. Whites are inherently racist and just need to let go and go away.

Croken also missed the boat on the women thing given that he failed to nominate a women  to substitute for Tomkins.  Indeed Republicans have nominated and seen elected 3 out of 4 of the women who have actually served on the Scott County Board of Supervisors of late — Margaret Tinsman, Carol Earnhardt, and most recently Diane Holtz.  Although Croken is such a liberal Karen that maybe he qualifies, but that still does not surpass Republican performance.

But perhaps he (ze?)  can still do something about all this.  Maybe ze could do a Governor Northam and show up in blackface.  It works for Democrats and it is a twofer –  you can claim you identify as a person of color AND still get the Democrat vote, racist to its core. Further, if he would announce his identification as a woman, (not simply as the board Karen) well he can finally establish his humanity and worthiness to represent everyone.  Claiming color and a vagina identity is all that is necessary for Democrat authenticity of late.

The more we think about it,  the only way Croken can be legitimate is to “announce” as a black woman.  Hispanic won’t do as he is just too tall (a mere observation about genetic likelihood in the United States).   Readers can judge the best approach for the new improved more representative Ken.

Up first we see Ken Croken morphing into Rachel Donezal (or vice-versa).  You can see from the additional photos below the morph that the “high foreheads”  give Ken a lot of possibilities as to hair style choices demonstrated by Rachel.  Click to see the transformation. 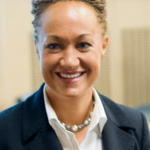 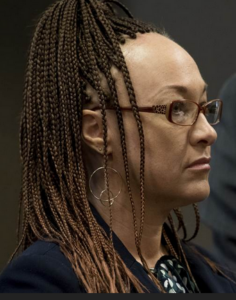 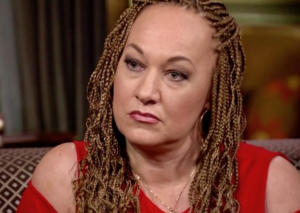 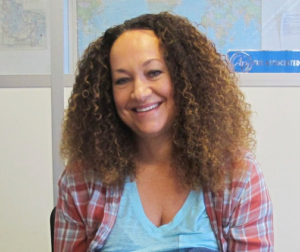 Not to limit Ken to a fake Black person, he might consider a Megan Thee Stallion transformation as seen below (sans the tresses): With this effort by Ken, non-white guys might finally be represented. 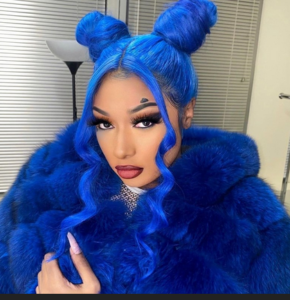 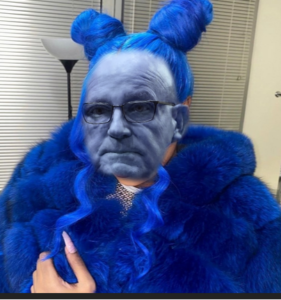 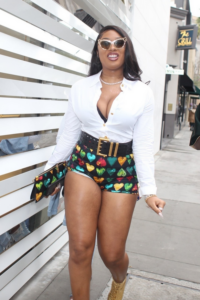 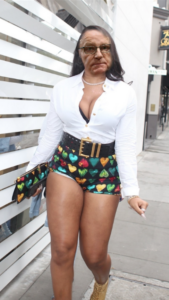